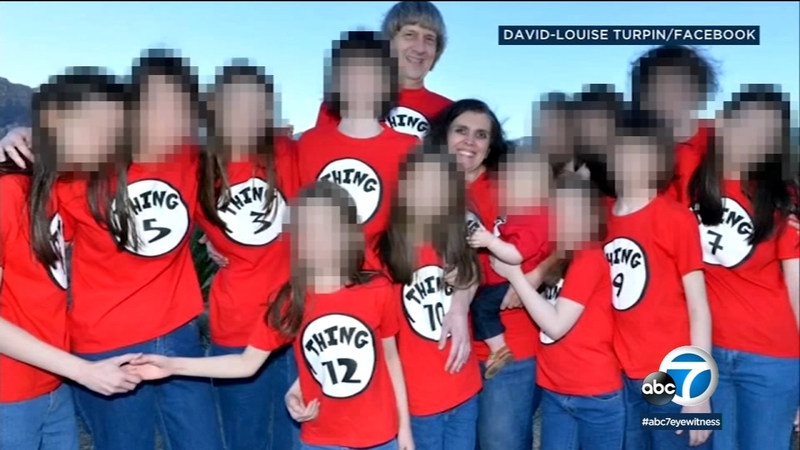 RIVERSIDE, Calif. (KABC) -- The results of an investigation into Riverside County's child and dependent adult care system, which were supposed to be released later this week, won't be made available until the end of May 2022.

While the investigation was originally launched in order to look into the care, placement and services provided to the 13 Turpin siblings after they were rescued from years of abuse at the hands of their parents, independent investigators with the Los Angeles-based Larson LLP are also taking a broader look at Riverside County's child welfare and dependent adult system.

During a report to the Riverside County Board of Supervisors Tuesday morning, Hilary Potashner, attorney at the law firm Larson LLP, said their timeline is being delayed because various privacy laws.

"Because of numerous confidentiality protections, and protective and sealing orders applicable to juvenile records, conservatorship court files, and the Turpin sibling's files in particular, Larson LLP has been required to make, and will continue to make, several court appears before the riverside county superior court in order to seek the release of these critical and pertinent case files," said Potashner.

"These ongoing court hearings have impacted our original timeline," she added.

Potashner verified that so far they've reviewed more than 2,600 pages of documents, and interviewed 85 people including two of the Turpin children.

The Riverside County children rescued after years of torture and abuse at the hands of their parents have struggled to get the care guaranteed to them, but now a new team is taking over.

Several members of the board of supervisors expressed frustration that they weren't getting the answers they need to make meaningful changes to the system.

"Until the judge grants your firm access to those files, it is my opinion that the five of us will never know the truth," said Kevin Jeffries, Riverside County 1st District Supervisor, to Potashner at the board meeting.

"It is the most frustrating experience that I've in my time on the board of supervisors," he said.

A recent ABC News investigation revealed that some of the 13 Turpin children couldn't access resources and services after their parents were arrested in Perris, and placed under the care of Riverside County.

That included not being able to gain access to the money that was donated by so many people from all around the world, according to Riverside County District Attorney Mike Hestrin.