"Having lost buddies, this is touching the heart," said Zack Earp, a Marine Corps veteran.
KABC
By Leticia Juarez 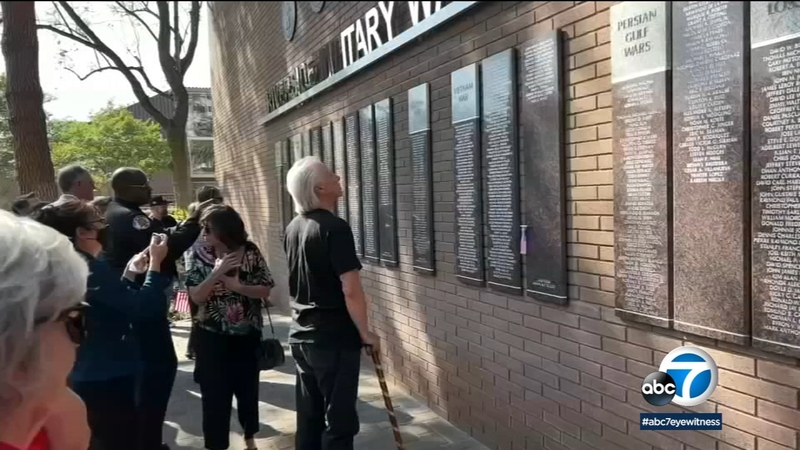 Riverside Military Wall of Honor unveiled ahead of Memorial Day

RIVERSIDE, Calif. (KABC) -- The Riverside Military Wall of Honor was unveiled in time for Memorial Day.

Dawson and the Greater Riverside Chambers of Commerce launched a campaign to refurbish the wall and the surrounding area in November on Veterans Day.

"They were members of our community," Dawson said. "Their loss leaves behind an emptiness and grief. Their sacrifice will never be forgotten."

The project added about 25 names of those who died serving in U.S. armed forces. For Vietnam veterans, it was an emotional tribute.

"Honoring the guys that are up there, the sacrifices that they made," said Zack Earp, a Marine Corps veteran. "Having been in combat, I understand that. Having lost buddies, this is touching the heart."

A Memorial Day weekend ceremony was held on the grounds of Riverside National Cemetery, involving placing miniature American flags at every grave in honor of those who served in defense of the U.S.

The refurbished wall is a lasting tribute to the members of Riverside who paid the ultimate sacrifice and a promise that their community now and in future generations will remember their names.