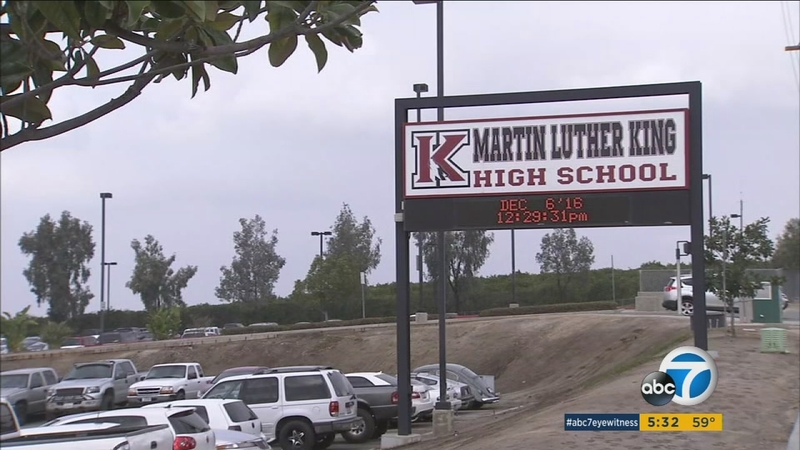 RIVERSIDE, Calif. (KABC) -- Two students were arrested in Riverside Tuesday after what police say was a credible threat the pair made against their high school.

Authorities said on Monday, Riverside police and the Riverside Unified School District received an anonymous tip that a weapon may have been on the campus of Martin Luther King Jr. High School. The tip was received before school started, and staff notified the campus officer.

The investigation led authorities to arrest two 15-year-old male freshmen who were planning to carry out an attack on the school in 2020. Evidence found at the students' homes corroborated the plans, authorities said.

"They may have been planning through some of the stuff something during their senior year, but that's not to say that they couldn't have done this at another time before that," Officer Ryan Railsback said.

Both students were booked into Riverside County Juvenile Hall on suspicion of possession of knives and ammunition on campus, as well as conspiracy to commit murder.

The school district said an email did go out to parents about a potential gun on campus, but one was never found. Still, many parents said they didn't know anything about the alleged plot.