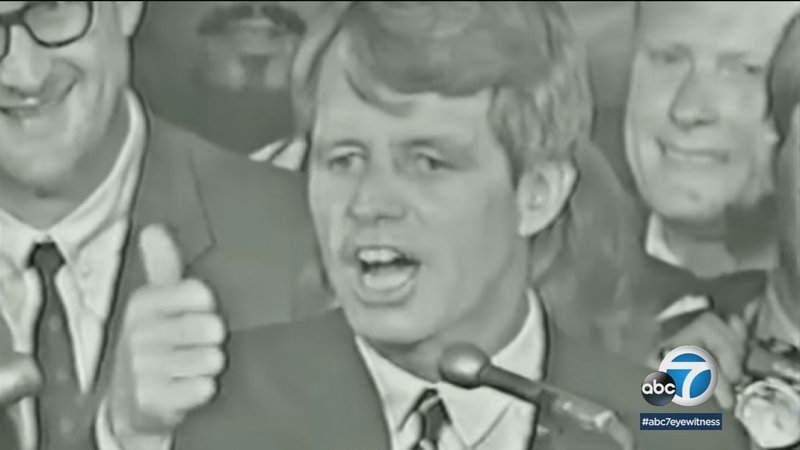 LOS ANGELES (KABC) -- It's been 50 years since Sen. Robert F. Kennedy was gunned down in a kitchen hallway of the Ambassador Hotel in Los Angeles.

The assassination came just moments after giving a victory speech following his win in the California presidential primary.

In an Eyewitness News exclusive, David Ono goes inside the evidence files and interviews key figures from that fateful night to investigate the longstanding theory that there may have been a second gunman besides Sirhan Sirhan, the only person convicted in Kennedy's murder.