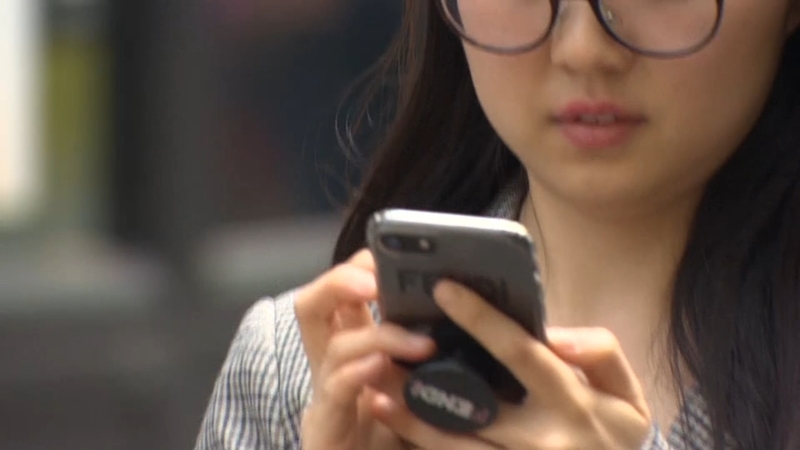 WASHINGTON (AP) -- An anti-robocalls measure signed into law Monday by President Donald Trump should help reduce the torrent of unwanted calls promising lower interest rates or pretending to be the IRS, though it won't make all such calls disappear.

The new law gives authorities more enforcement powers and could speed up measures the industry is already taking to identify robocalls. And when phone companies block robocalls, they must do so without charging consumers. This should help Americans dodge many of these annoying calls.

The law is a "big victory," said Consumer Reports' Maureen Mahoney. "The key is requiring these phone companies to help stop the calls before they reach the consumer and do it at no additional charge."

SEE ALSO: How to turn annoying robocalls into cash

The robocall problem has exploded because cheap software makes it easy to make mass calls. Americans collectively get billions of robocalls each month. Such calls have disrupted operations at hospitals by diverting staff time to deal with calls faked to look as though they are coming from inside the hospital. Scams conducted through such calls have also defrauded people out of millions of dollars. Many people now avoid answering calls altogether if they come from unknown numbers.

Under federal law, it's already illegal to fake numbers on Caller ID to defraud or cause harm. Scams are also prohibited, as are automated telemarketing calls from legitimate companies that don't already have written permission. YouMail's robocall index says that half of all robocalls today are fraudulent.

But enforcement has been tough. Federal agencies have fined scammers hundreds of millions of dollars, but it's been difficult to collect. Many of the callers are overseas. It's hard to throw the fraudsters in jail.

RELATED: Robocall crackdown: What to do if you receive a spam call

The new law builds on steps taken by the country's communications regulator, the Federal Communications Commission, as well as state attorneys general and industry groups.

Another important step is getting rid of "spoofed" numbers, or when a scammer fakes Caller ID to look like it's coming from the same area code or an important government agency like the IRS. The industry is developing a system to tell people when the Caller ID number is real.

The new law requires all phone companies to put this system in place, which Mahoney said will mean phone companies have to try to stop these calls before they reach the consumer. This technology doesn't work for home phones connected to an old-school copper landline; the law calls on the FCC and phone companies to come up with an alternative for those customers.

The FCC also gets more time to fine robocallers and do so without warning them first. The bill also calls for tougher fines when individuals intentionally violate the law and pushes the agency to work with the Justice Department to go after criminals. Over the long term, that could act as a deterrent.

Nonetheless, determined scammers and telemarketers will likely find ways to get through, given the availability of cheap dialing technology and the big potential payoff from victims. Think of how malware on personal computers is still a problem despite antivirus software. Automated callers could circumvent new safety measures by buying or hijacking real numbers to make calls.

And not every robocall is considered illegal. Some robocalls are helpful reminders from pharmacies that a prescription is ready, or schools advising a snow day. If you've given written permission, a cable company or cruise line can pitch you with marketing calls that consist of prerecorded messages. While a House version of the measure would have made it harder for legitimate companies to make such calls, that measure was dropped in the version that became law.

The law also does nothing about telemarketing calls that aren't automated. A human can still pester you unless you sign up for the Do Not Call registry, which scammers often ignore anyway.

And even when phone companies have in place the system for verifying Caller ID, not all phones support it. A year ago, T-Mobile started telling customers if the number ringing them was "verified," but it can't do that on Apple's iPhones until after the call has ended. That's because Apple software doesn't allow it, Florack said. Apple didn't respond to requests for comment.

The law says phone companies can't charge extra for blocking robocalls, though it doesn't require that such services or apps be made available to everyone. AT&T's version, for instance, isn't rolled out yet to its 18 million customers on lower-income-skewing prepaid plans.

But ideally, Mahoney said, a consumer wouldn't have to take any action by downloading an app - as the carrier would be able to block calls automatically.

It's the No. 1 complaint to the Federal Trade Commission: annoying robocalls.