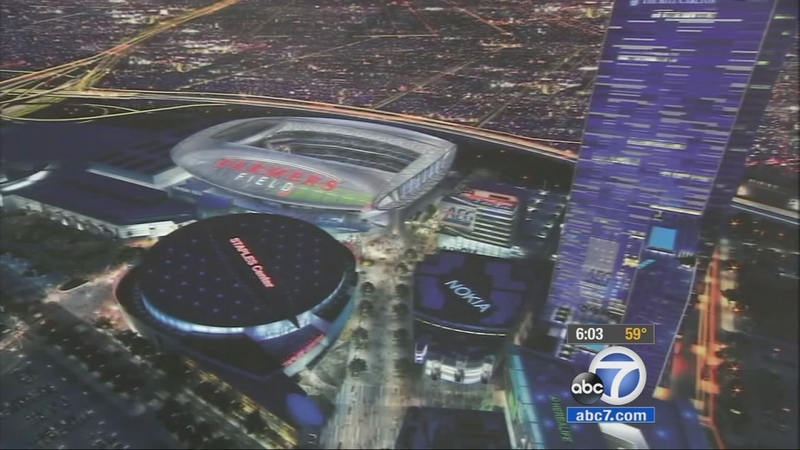 LOS ANGELES (KABC) -- Los Angeles will likely need to wait until at least 2016 before getting an NFL team.

NFL commissioner Roger Goodell quashed any hopes of a Los Angeles team for the 2015 season when he told the San Diego Chargers, Oakland Raiders and St. Louis Rams that no team will move there next season, league sources told ESPN.

Goodell told teams that any team considering relocating to Los Angeles should look to 2016 instead.

All three teams can file for a relocation application for the 2015 season starting Jan. 1, but those applications would require a super majority for approval and would likely be rejected. The Chargers also announced Tuesday they plan on staying in San Diego and will not terminate their lease at Qualcomm Stadium.

"I thought it was gonna be this year. I was hoping," Norwalk resident Edwin Quintana said.

The NFL believes the focus should be on finding a permanent site for a stadium before a franchise moves to Los Angeles.