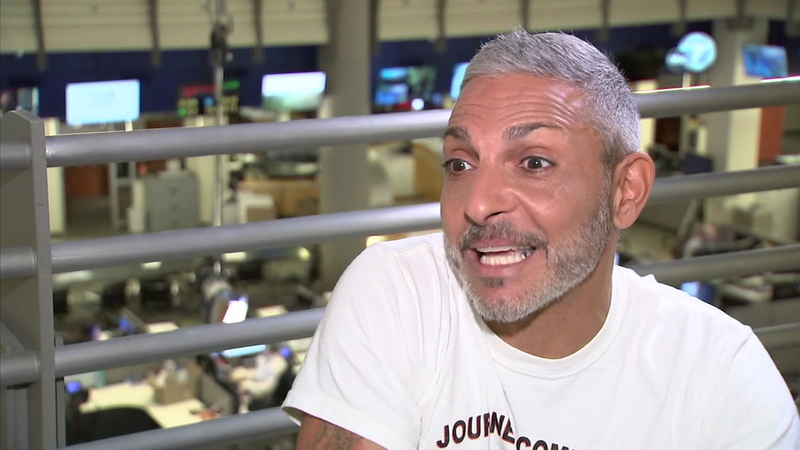 Castaic man takes journey across the country in 'Roll With Me'

His goal was something that hadn't been done before: travel 3,100 miles, coast to coast, using a standard wheelchair.

His other goal: to inspire people all over to believe in themselves and their potentials.

"Eight months before I left, I was a full-blown drug addict," Cordell said. "I graduated from coke to crystal meth."

His story is told in the new documentary, "Roll with Me."

In 1992, a motorist ran a red light, hitting Cordell on his way to his first acting audition. Physically, he can no longer feel from the chest down, but emotionally, he feels a need to inspire.

"I knew I wanted to make a difference in this world since I was six years old," Cordell said. "I knew that, you know, I wasn't put on this planet just to take up space, that I was special in my own way and that I could have an effect."

"Yes, people were grappling with issues: drug addiction, PTSD, Asperger's, family issues, but everybody had a big heart and everyone worked really hard and they gave their life to come on the project with us," France said. "This movie doesn't exist without those guys."

They shot 4,000 hours of footage for the 90-minute movie, and while it's changed Cordell's life, he changed the lives of others along the way.

Meanwhile, Cordell plans on taking the scariest and hottest journey of his life.

"I'm looking to roll Death Valley in July," he said.

"Roll with Me" plays at the Laemmle Royal with a Q&A on Thursday before rolling to Netflix this weekend.