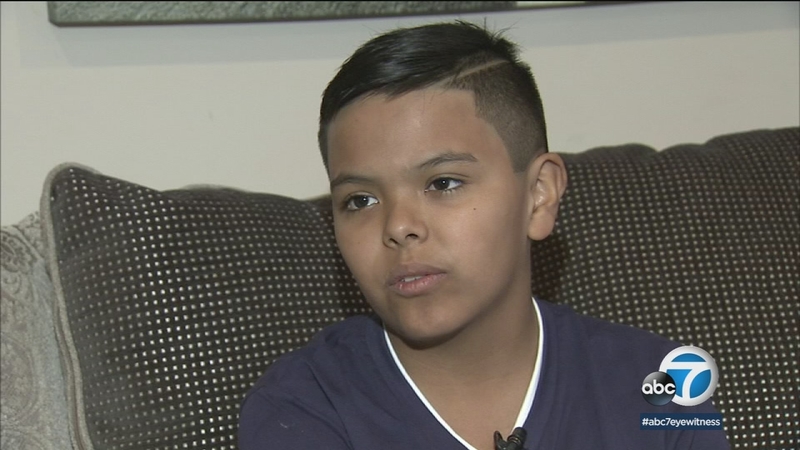 CHATSWORTH, LOS ANGELES (KABC) -- A 12-year-old YouTube gamer and his mother became "swatting" victims and were terrified in their Chatsworth home when it was suddenly surrounded by police.

Peter Varady was frightened and tearful as the paramedics and police showed up at his home.

"It was probably the scariest moment of my life," he said.

His mother, Carol Varady, said they opened the door and authorities rushed into the home believing it was a disturbance call.

It happened Sunday night as Peter, known online as Rolly, was livestreaming.

Authorities rushed through the home after getting a 911 call that a mother and son were going to hang themselves.

"I was scared because now people have our address and I'm just scared now that people can do it again. Now they have the chance and maybe I could get shot or something," Peter said.

In a more deadly swatting incident, a 28-year-old was shot and killed by police in Kansas. It led to the arrest of a Los Angeles-area man, who had also happened to call a bomb threat on ABC7 in 2015.

In Colorado, a SWAT team busted into an office building on a swatting call of a mass shooting.

Peter's online popularity, where he has more than 100,000 subscribers, raised his risk of swatting. He said he knew it was common among gamers and YouTubers, but never thought it would happen to him.

"I saw comments of people saying, 'You're getting swatted.' I ignored them because I thought they were joking. I didn't know they were actually going to do it until I come out and see cops and LAFD everywhere," Peter said.