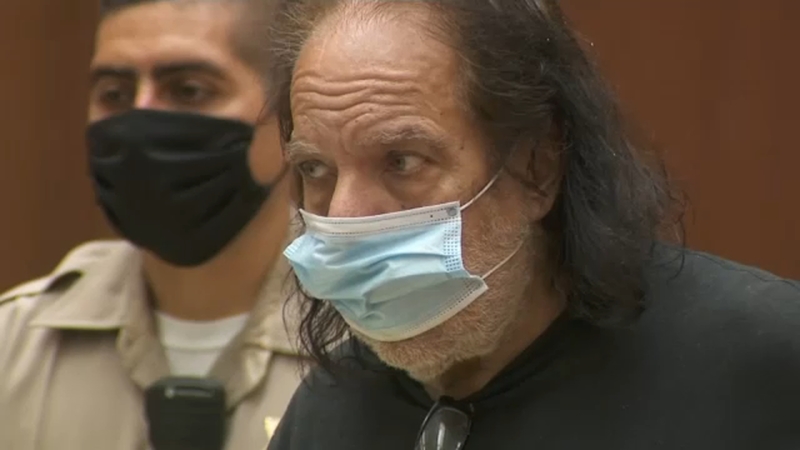 According to prosecutors, Ron Jeremy Hyatt, 68, on Wednesday pleaded not guilty to:

Adult film star Ron Jeremy is set to be arraigned on Monday on 20 additional rape and other sexual assault charges involving 12 more women and a teenage girl in attacks dating back to 2004, bringing the number of alleged victims to 17.

Jeremy is accused of sexually assaulting more than 20 women over a 23-year span dating back to 1996, the DA's office said. The victims range in age from 15 to 51.

A 17-year-old was raped at a Woodland Hills home in 2008, prosecutors contend.

Jeremy is also accused of sexually assaulting a 15-year-old girl in June 2004.

"Far too often, survivors of sexual assault suffer in isolation," District Attorney George Gascón said in a statement. "We must ensure that survivors have all options available to help with recovery, including trauma-informed services for healing and support to report such crimes."

Nicknamed "The Hedgehog," Jeremy has been among the best-known and most prolific performers in the adult film industry since the 1970s.

He is scheduled to return to court on Oct. 12 for a pretrial conference in downtown Los Angeles.

DEVELOPING: More details will be added to this report as they become available. The videos above are from previous reports. The Associated Press contributed to this article.