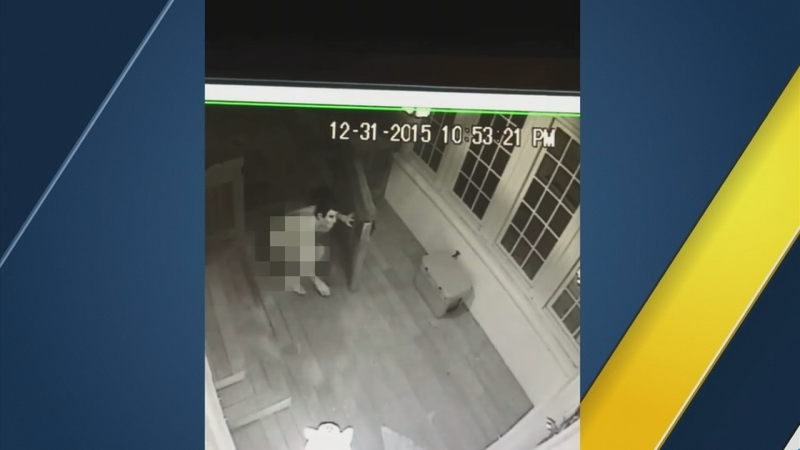 Danielle Yancey, who stars in the Bravo TV show "Jersey Belle," posted the surveillance video to her Facebook page.

It appears to show a naked male with a sock over his private parts and wearing a mask of the 40th President of the United States.

Yancey said her husband spotted the peeper and chased after him. That's when she said the male ran from the home.

Yancey lives near Birmingham in Vestavia Hills, Alabama, and police there told ABC7 the incident happened at about 11 p.m. on Thursday.

Police responded, but did not find the suspect.