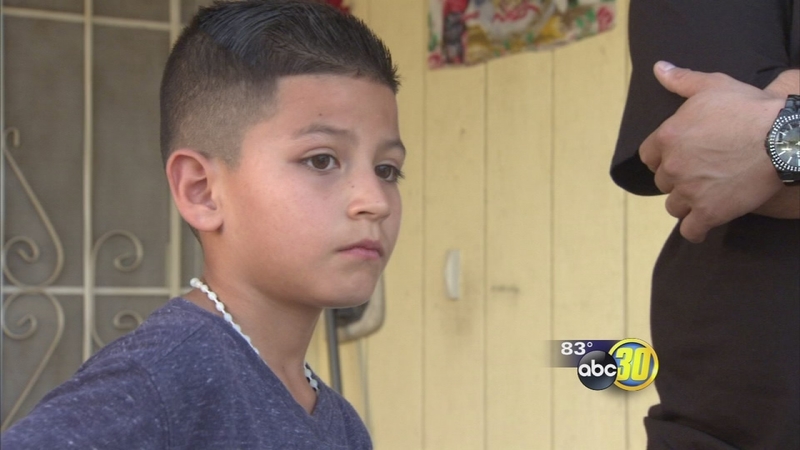 Porterville boy told he can't wear a rosary at school

PORTERVILLE, Calif. -- A Porterville boy was forced to take off his rosary after school officials said it was a gang-affiliated accessory.

Estevan Campos said Tuesday the principal at his Porterville Elementary School pulled him aside and told him he is not allowed to wear a rosary on campus.

The third-grader was told he was suspended for two days.

"I believe in God," Campos said. "That's my protection."

Campos' father went to the administrative office when he was told his son wearing a rosary was a dress code violation.

Superintendent John Snavely said the rule was implemented two years ago after a local Catholic priest asked the district to stop the practice of students wearing rosaries as jewelry.

"He specifically requested that we send out a notice to all sites asking that if we see students displaying a rosary, we ask them to put it under their garments or to take it off and put it in their pockets," Snavely said.

Campos said, the rosary, which was a gift from his grandmother, was mostly under his shirt and it had nothing to do with gangs.

"It's glow-in-the-dark. I don't think that's gangster for kids," he said.