How Russian invasion of Ukraine could impact SoCal economy 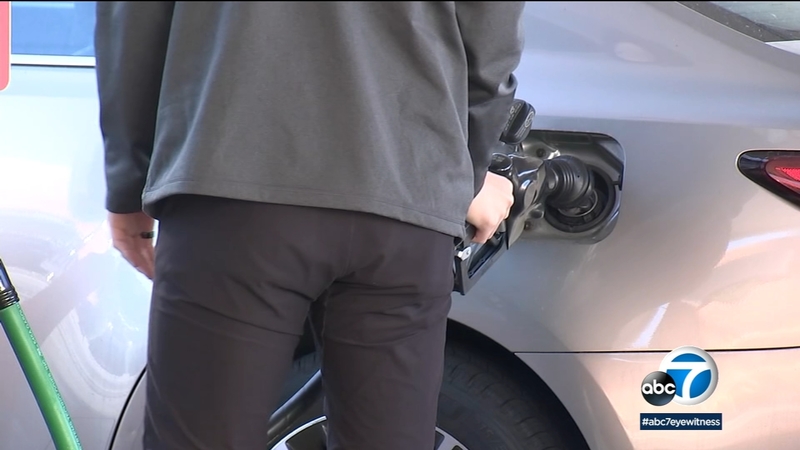 How Russian invasion of Ukraine could impact SoCal economy

LOS ANGELES (KABC) -- With the beginning of a Russian invasion of Ukraine underway, the economic impacts could soon be felt in Southern California - especially at the gas pump.

Oil spiked to over $100 per barrel to their highest levels since 2014. One gas station in Pasadena jumped .10 cents a gallon within 24 hours of Russia's attack on Ukraine.

"Gas prices, it's scary because that's where the consumers are hit the hardest," said one customer at the gas station.

Even though the United States doesn't import a large amount of oil from Russia, Patrick De Haan, the head of petroleum analysis at GasBuddy, said America won't be immune from price increases.

"The problem is not necessarily that we receive [a miniscule amount of] oil from Russia, it's that this is a global market," said De Haan, who said of the 20 million barrels of oil the U.S. imports daily, only about 20,000 barrels have come from Russia.

"Think of it as one big pool that fills with oil, and every oil producer puts it into the same pool, and all the countries that buy oil are pulling it out," he said. "Suddenly, if Russia stops putting oil in the pool, there's less for everyone, and the pool drains much faster."

Craig Bolanos, founder and CEO of Wealth Management Group, discusses impact of Russia's invastion of the Ukraine on the markets.

De Haan said the Biden administration doesn't have many tools at its disposal. The strategic petroleum reserve is limited, so other countries would have to increase supply to make up the difference.

"[President Biden] has already asked Saudi Arabia twice to increase production, and they have not given in to that pressure," explained De Haan. "The U.S. is in talks in Vienna with many other powers that be, and Iran could start producing again for the global market, so that could offset part of the blow if Russia does curtail its exports."

Another one of Russia's key exports is wheat, but Manfred Keil, the director of the Lowe Institute of Political Economy at Claremont McKenna College, said he doesn't expect there to be a big impact to that particular item in the U.S.

"Agriculture, a lot of times, is overplayed," said Keil. "We always think about the farms, but that's 2% of employment and less than 1% of [gross domestic product.]

"Yes, it's painful for the people who were affected," said Keil, referencing European markets that are more closely impacted by Russian exports. "But if nothing else, American farmers will benefit from this."