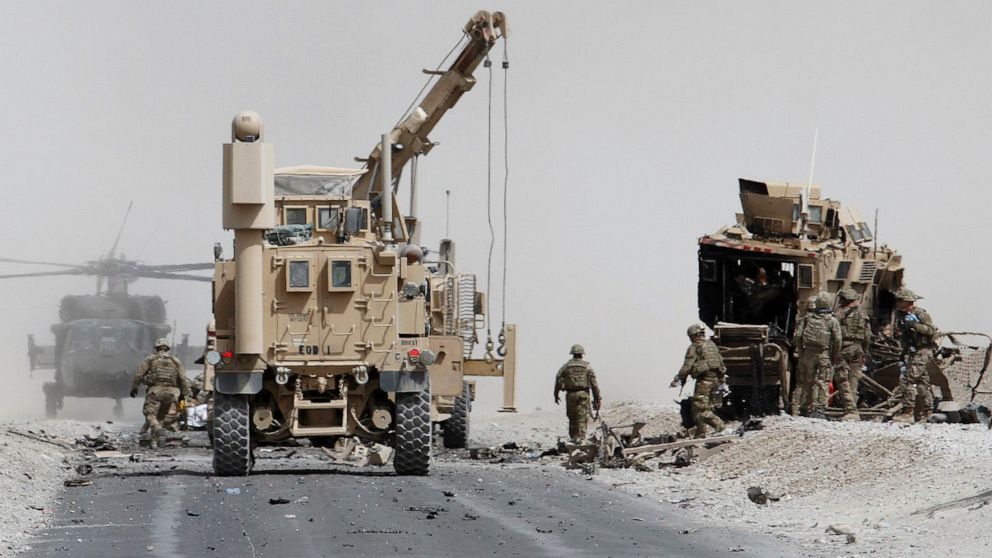 Russian intelligence officers offered to pay Taliban militants to kill American troops in Afghanistan over the past year, amid peace talks to end the 18-year war there, a military official confirmed to ABC News on Sunday.

U.S. intelligence agencies linked the effort to a Russian intelligence unit suspected of covert action and assassination attempts in Europe, according to The New York Times, which first reported the intelligence findings said to have been presented to President Donald Trump in March.

Last year, 23 U.S. troops died in Afghanistan, but whether any were targeted by Taliban fighters paid by Russian operatives isn't known, the military official said. The official didn't know whether Trump was briefed but said other senior U.S. officials learned of the Russian operation "months ago."

"There is no way to really confirm if it actually worked," the military official, who's not authorized to speak on the record about such matters, told ABC News.

A White House spokesperson declined to comment on the veracity of the intelligence report but denied Trump was informed in March.

"While the White House does not routinely comment on alleged intelligence or internal deliberations, the CIA Director, National Security Advisor, and the Chief of Staff can all confirm that neither the President nor the Vice President were briefed on the alleged Russian bounty intelligence. This does not speak to the merit of the alleged intelligence but to the inaccuracy of the New York Times story erroneously suggesting that President Trump was briefed on this matter," White House Press Secretary Kayleigh McEnany said in a statement on Sunday.

President Donald Trump himself denied ever being briefed in a tweet published early Sunday morning and added that "nobody has been tougher on Russia than the Trump Administration."

A counterterrorism source confirmed to ABC News, as first reported in the New York Times, that this information first came to light around January after U.S. special operations raids in Afghanistan where cash was found.

There are about 8,600 U.S. troops still in Afghanistan -- many are special operations forces -- but sources told ABC News it isn't clear which troops the Russians wanted the Taliban to kill.

The New York Times report also said that no decisions have been made inside the White House for any kind of response.

Besides the peace talks, which resulted in an accord reached Feb. 29 between the U.S. and the Taliban that set conditions for a drawdown to the war that began after al Qaeda perpetrated the Sept. 11, 2001, attacks, America's relationship with Russia came up in Trump's remarks last spring well after the intelligence assessment circulated inside the administration.

The President also moved last month to postpone the G7 and said he wants to invite Russia to rejoin.

"Russia is an enemy of the United States. We identify them as such in our national security strategy, but treat them as if they are allies. Why else would we be pushing to include a country in the G7 that invaded another country and is now killing our soldiers?" said Mick Mulroy, an ABC News contributor who served as a CIA officer and deputy assistant secretary of defense for the Middle East.

This is not the first time American forces have bumped up against the Russian military. U.S. Special Forces have even encountered Russian soldiers in Afghanistan in little-known incidents.

In 2018, Russian mercenaries from the Wagner Group launched a full-on tank and artillery strike on a U.S. special operations outpost in Dar al Zour, Syria, and the U.S. airstrikes resulted in hundreds of casualties among the attacking forces. ABC News reported at the time that Wagner was behind the attack and is funded by a close ally of Putin, Yevgeny Progozhin -- known as "Putin's Chef" -- who also ran the "troll farm" accused by the U.S. of interfering in the 2016 presidential election.

"We do not want a war with Russia and we do not want to start killing each other's soldiers, but there are some actions you can't accept," Mulroy said. "If we have solid evidence that this is being done and our forces are being killed, the gloves should be hitting the floor."
Report a correction or typo
Related topics:
abc newsnational
Copyright © 2021 ABC News Internet Ventures.
More Videos
From CNN Newsource affiliates
TOP STORIES