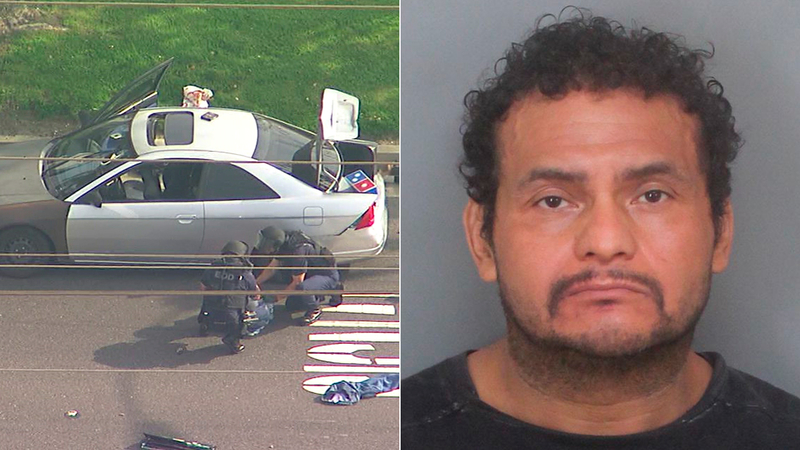 Suspect in custody after devices detonate at Sam's Club in IE

According to an Ontario Police Department spokesperson, the incident was initially reported at 2:08 p.m. as a structure fire after the caller heard a "popping sound" on aisle 4 of the warehouse store in the 900 block of Milliken Avenue.

Bomb squad personnel later confirmed that two homemade devices were detonated, but there were no injuries or significant damage.

"Each device had ignited small fires to products within close proximity," the police department said in a statement. "Sam's Club employees acted quickly and used fire extinguishers to put out the flames."

Evacuated employees stood in the taped-off parking lot as the investigation got underway.

"It wasn't like an earth-shaking big explosion," said witness Norman Svikss. "It was like a low sound, like 'boom.' And there's no smoke, nothing. Then the employees start running around and then they slowly said, 'Hey, we have to evacuate the building,' because it's fire or something."

Ontario police officers were searching a vehicle after an explosive device was detonated at a nearby Sam's Club on Thursday, April 5, 2018.

About three miles southeast of the scene, the driver of a white compact car was pulled over after a short pursuit and apprehended in connection with the incident, police said, adding that early reports of a barricade situation were unfounded.

The suspect was identified as Hugo Gonzalez, a Fontana resident who authorities believe acted alone.

The bomb squad searched the vehicle that was stopped in a traffic lane near the intersection of Airport Drive and Etiwanda Avenue. Two plates with different license numbers were seen on the ground near the vehicle.

Police searched a suspect's apartment in Fontana after a small explosive device detonated at a Sam's Club in Ontario on Thursday, April 5, 2018.

Police initially said a second explosive device was found inside the vehicle, but later retracted that statement and clarified that bomb-making materials were discovered.

Meanwhile, police also searched Gonzalez's apartment in the 16500 block of Arrow Boulevard in Fontana. Nearby residents were temporarily evacuated.

"At this point, investigators are unaware of any additional devices and will be working throughout the night to locate any evidence," Ontario police said Thursday evening.

The motive for the incident was unknown.