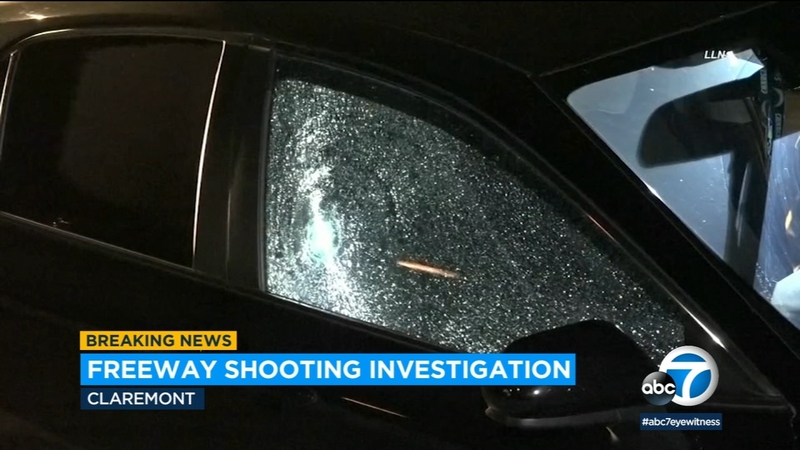 CLAREMONT, Calif. (KABC) -- A shooting investigation on the 10 Freeway near the Claremont area in Los Angeles County, prompted all westbound traffic lanes to be shut down near Central Avenue Saturday night.

Firefighters with the Los Angeles County Fire Department responded to the area of Indian Hill Boulevard and San Jose Avenue shortly after 8 p.m. One person was taken to the hospital after being shot while in their car, according to the fire department.

Officials say the victim was taken to a local trauma center in unknown condition.

Video from the scene shows the car's passenger window with a bullet hole. The video was taken near the freeway where the driver exited.

All westbound traffic lanes of the 10 Freeway near Central Avenue were closed while the California Highway Patrol investigated. All lanes were reopened shortly after 10:30 p.m.

No arrests have been made. The investigation is ongoing.

Correction: A previous version of this story stated the location of the incident as San Bernardino County. Claremont is in L.A. County.