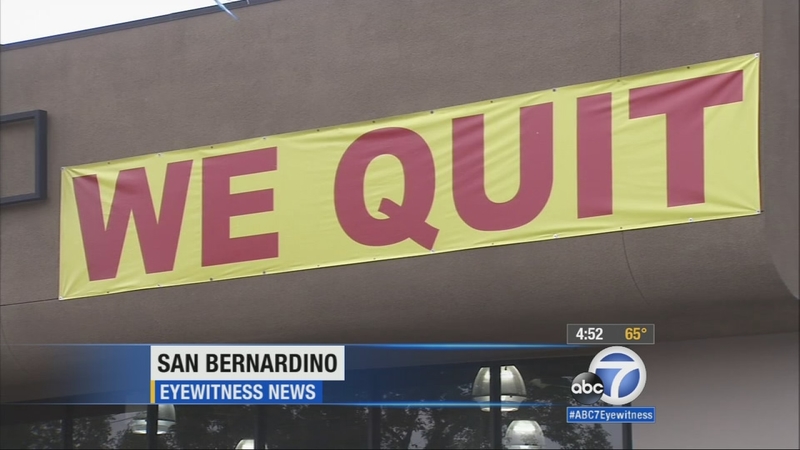 SAN BERNARINDO, Calif. (KABC) -- San Bernardino has been rated the worst place for finding a job in the nation, according to financial website WalletHub.

The website's list featured 150 different cities ranked from best to worst with San Bernardino listed in the very last spot.

San Bernardino resident Kevin Kenaga said he is a good example of the struggling economy in the city. He has to take a bus to get to his job in Redlands.

"There isn't very much work here," he said.

Wallethub looked at the number of job opportunities, starting salary and the rate of job growth for each city ranked.

The list ranked Seattle as the best city to find a new job. Santa Clarita ranked as the top city in Southern California, followed by Huntington Beach and Irvine. The top city in the Inland Empire is Rancho Cucamonga.

But William Tennies, who works at a temp agency, said there is a lot of good news in San Bernaridno, too. It was almost two years ago that Amazon opened a fulfillment center in the area, which created 1,400 new jobs.

"It's starting to pick up slowly, but it is improving," he said.

Still, San Bernardino has some company at the end of WalletHub's list. According to the survey, the second worst city to find a new job is Moreno Valley.