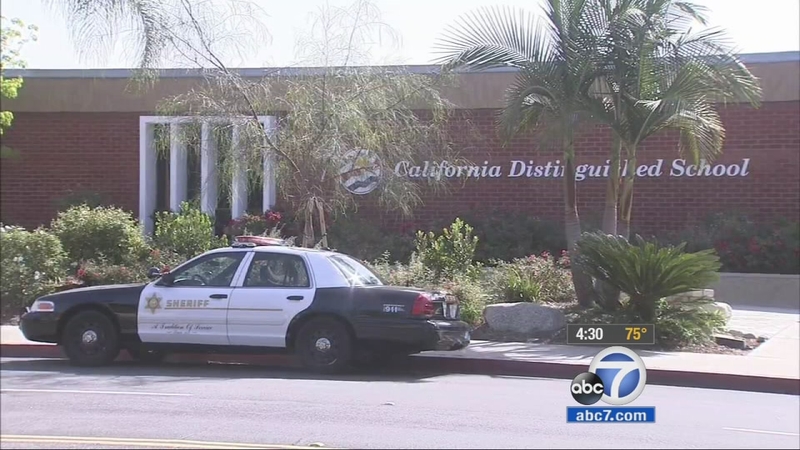 SAN DIMAS, Calif. (KABC) -- It seemed like business as usual at Lone Hill Middle School Wednesday. But as kids worked out in P.E. class, a Los Angeles County sheriff's deputy continued to investigate a threat, which was posted on Instagram, toward one female student in particular.

Anne Mitchell says it's something she's worried about, especially since her grandson dealt with being threatened himself at school just two weeks ago.

"They should take everything serious. A threat is a threat," Mitchell said. "You never know when someone really has it out for someone."

As soon as students told school staff about the post, sheriff's deputies were called. The student who was threatened is now out of school for her own safety.

"You never know! It's always better to air on the side of caution," said grandparent Larry Porras.

The school principal, Sean Grycel, sent out the following note to parents: "The student is safe and with her parent... School is in session and classes are following a regular schedule. Online bullying is very hurtful and we take threats very seriously."

Some parents say they don't allow their kids to use social media for this very reason.

"I take my grandson's cellphone and I watch it. I'm like, 'Let me see it,' without him even knowing. I'm like, 'Give it up,' and I watch it," Mitchell said. "I think parents need to really see what's going on with their cellphones."