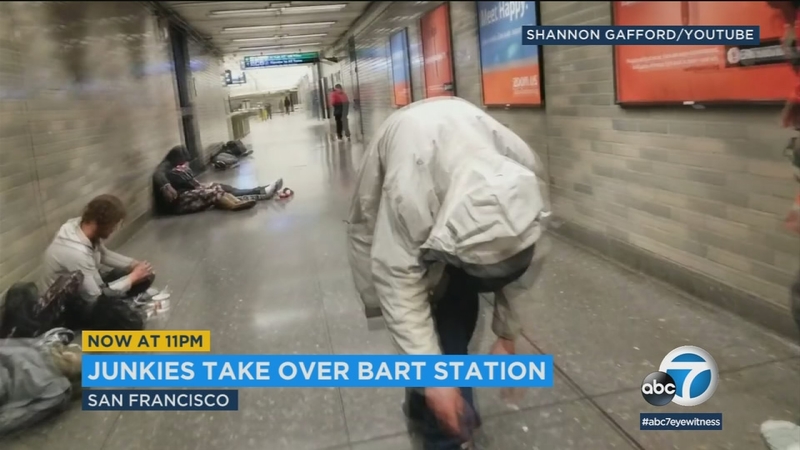 SAN FRANCISCO (KABC) -- A commuter in San Francisco shot videos over the course of a week showing people using drugs out in the open at a BART station.

He took them while he was on his way to work and said he had to step around and over needles, bodies and bodily fluids on a daily basis.

The videos, which he posted to YouTube, showed people covered in tattered clothes as they stuck needles in their arms or other parts of their body. At one point, there was a puddle of vomit on the side of the hallway the man walked through.

In each video, there were several people he walked by who did not seem to notice him or that he was recording.