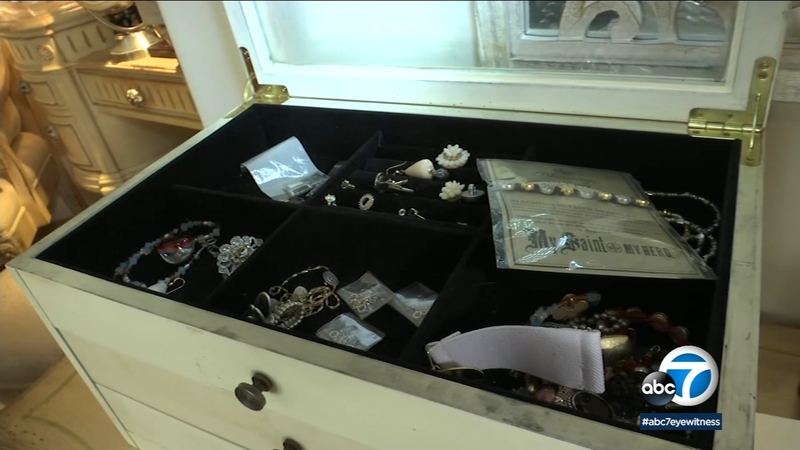 Margie Chard took an inventory of what was left of her jewelry Thursday.

"(He said he was with) the water department of San Juan Capistrano. He was dressed appropriately with a hard hat, a vest with colors on it and boot-type shoes," she said.

The man told Chard and her husband that a pipe burst down the street and he needed to test their water. After he worked in the house, he told them to go outside, turn on the hose and look for changes.

After leaving him for a few minutes, Chard's husband knew something was wrong.

"This doesn't make sense. This isn't how they would test water," her husband said.

They ran back inside, but it was too late. The man grabbed $18,000 worth of Chard's jewelry and took off through the garage.

Much of the jewelry was gifts from her husband during their 52 years of marriage, which upsets her the most.

"It was all gone, and that was kind of traumatic, but the more I think about it, we were fine," she said.

Orange County sheriff's deputies are investigating, but have not seen similar crimes in the area. Still, they want people to be extra vigilant, especially during this time of year.

"More vulnerable at this time of year. People in a better overall mood and more willing to be trusting with people," Lt. Carl Bulanek said.

Just days away from Christmas, Chard said she won't let this ruin her holiday spirit and sends a message to whomever committed the crime.

"I just hope you really needed the money because maybe that's a gift that I can give to him," she said.