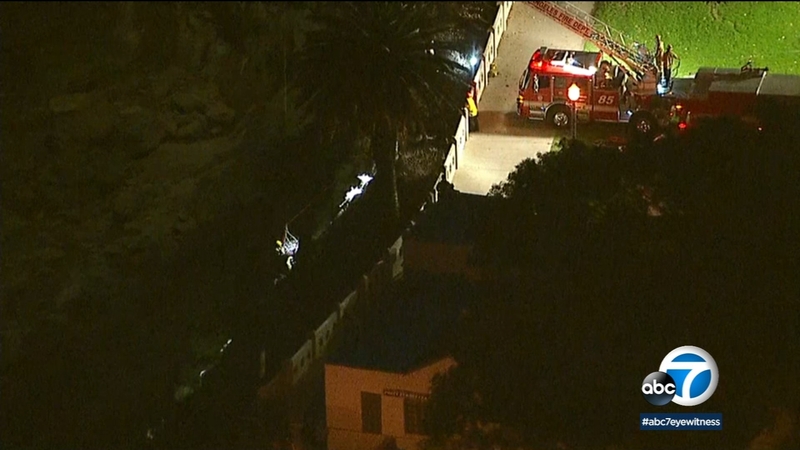 SAN PEDRO, LOS ANGELES (KABC) -- The bodies of a young man and woman were found Monday at the base of a cliff in San Pedro.

Firefighters responding to a call at 500 W. Paseo Del Mar -- near Point Fermin Park -- found the bodies near the bottom of the cliff, said Nicholas Prange with the Los Angeles Fire Department. Hikers had made the discovery just before 5:30 p.m.

Police say they don't have any witnesses, and at this point, they don't know exactly what happened.

"We're unable to exactly know the nature of the fall or the reason for it," said LAPD Sgt. Osvaldo Gonzalez.

Gonzalez said the area is well known for suicides, but there have been incidents of hikers accidentally slipping, adding that it could be possible the deaths were accidental.

LAPD Officer Mike Lopez also said it's undetermined how the man and woman, who were found on rocks near the shoreline, died.

Their names have not been publicly released.

Residents say it's heartbreaking to hear two more people lost their lives in an area well known for tragedies.

Investigators say the victims appear to between the ages of 20 to 30.

The public is asked to contact LAPD if they have information on the case.