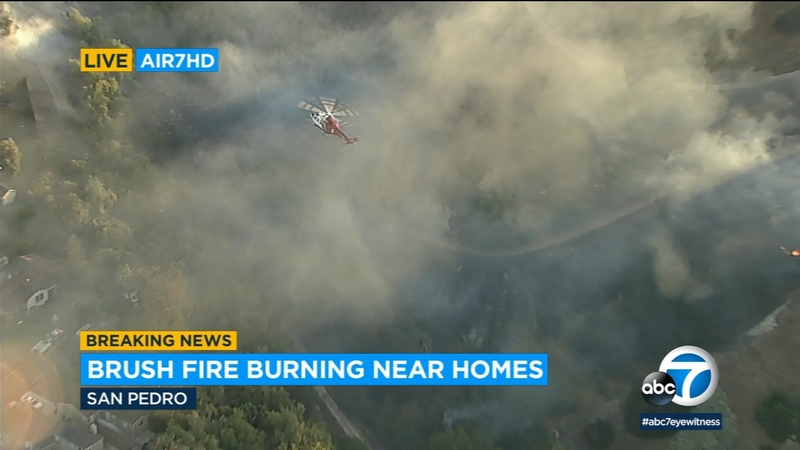 The brush fire was reported around 6:15 p.m. and was burning in rugged terrain near the 500 block of N. Western Avenue in Peck Park, according to the Los Angeles Fire Department.

The blaze grew to 10 acres in size, and its proximity to homes prompted a response from firefighting helicopters that conducted water drops.

It appeared most of the flames had been extinguished roughly an hour after the fire had been reported, but smoke hovered over the area. Forward progress was stopped around 7:45 p.m., LAFD said.

No evacuations were issued, no structure damage or injuries were reported.

Firefighters were conducting mop-up operations through the night.