The Loyola Project for the Innocent says Emon Barnes, 34, was wrongfully convicted of shooting two minors 19 years ago.
KABC
By Anabel Munoz 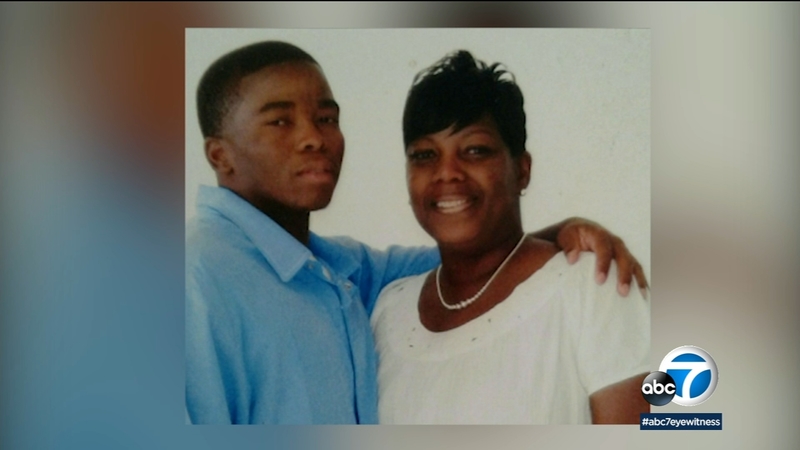 SAN QUENTIN, Calif. (KABC) -- Lawyers and family members are making a plea to Gov. Gavin Newsom to free a San Quentin inmate with sickle cell disease, making the case that he is especially vulnerable after he tested positive for COVID-19.

The Loyola Project for the Innocent says Emon Barnes, 34, was wrongfully convicted of shooting two minors 19 years ago, leaving one paralyzed. Barnes has maintained that he was with his family at the time.

"The victim didn't pick out a picture of Emon from a photo lineup when the police showed them the lineup twice," said supervising attorney Megan Baca. "It wasn't until the third time when the victim was in the hospital, heavily medicated, that he finally selected him on photo."

Since then, one victim in the shooting has recanted his statements, saying he may have been mistaken. One witness has told attorneys that Barnes was not the shooter.

Barnes' mother, Lorna Duvea, says she hasn't been able to speak with her son.

"The communication with the prison system is terrible. And right now, me being a mother not knowing how my son is doing, knowing that he is suffering is, I'm being tormented right now. If you call the prison, you can't get through to speak to anyone, not even the hospital," she said.

There's a petition urging Newsom to grant Barnes clemency. The governor on Monday addressed the recent COVID-19 outbreaks at California prisons, saying it's a top priority.

"I'm going through individual by individual, people with medical needs that are acute, people we are fast tracking, expediting parole review and individually reviewing those cases," he said.

Barnes' attorneys say he would have been released 13 years ago under current law.

Duvea says she is trusting the governor and that she and her son have never lost faith.