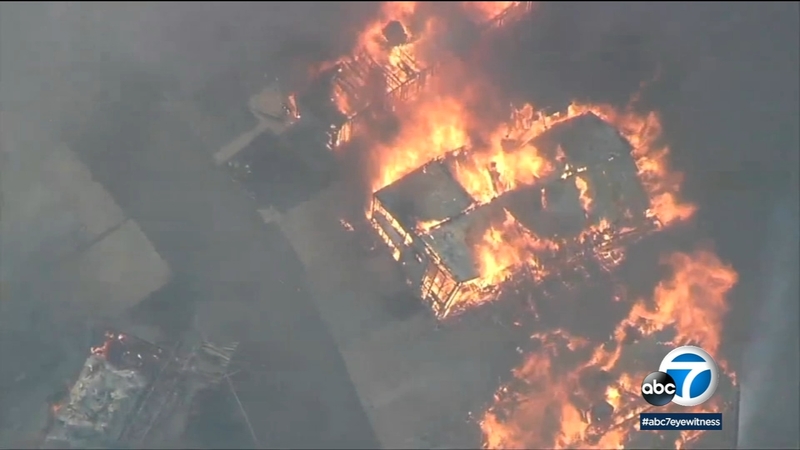 CALIMESA, Calif. (KABC) -- A suspect has been arrested in connection with 2019's deadly Sandalwood Fire in Calimesa, authorities said.

Antonio Ornelas Velazquez was taken into custody by Cal Fire peace officers on Saturday. He faces two counts of involuntary manslaughter and one count of unlawfully starting a fire causing bodily injury.

Investigators said the garbage truck driver dumped a burning pile of trash on the side of the road before flames ignited a wildfire that ultimately spread to about 1,000 acres. Dashcam video released by authorities shows the truck pulling over as smoke rises from its payload.

Winds blew the fire into a mobile home park, and two people later died in the blaze.

Seventy-two structures, including dozens of homes, were also destroyed.

Dylan Van Iwaarden suffered burns to over 65% of his body while setting backfires.