After his release, Dylan Van Iwaarden will undergo rehabilitation at the University of California Irvine Medical Center.
KABC
By John Gregory 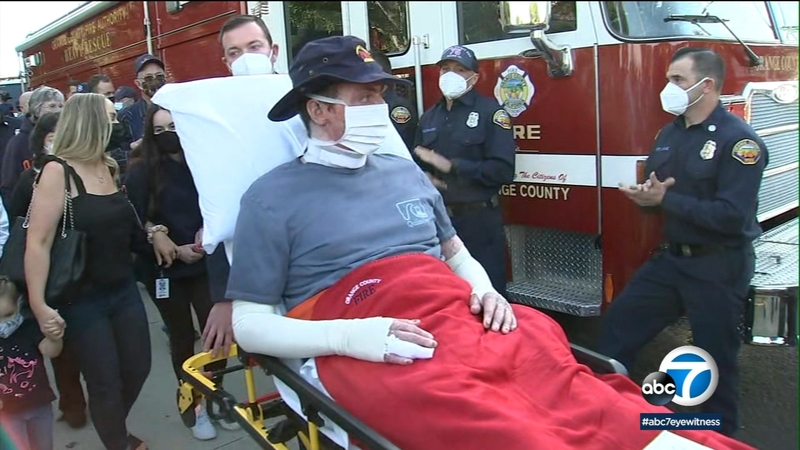 SANTA ANA, Calif. (KABC) -- An Orange County Fire Authority firefighter who was severely burned in the Silverado Fire back in October was released from the hospital Wednesday.

Dylan Van Iwaarden was placed in a medically-induced coma, spent 114 days in the burn unit and underwent 17 surgeries after he suffered burns to over 65% of his body.

He is set to undergo rehabilitation at the University of California Irvine Medical Center.

A crew of eight, including Van Iwaarden, was setting backfires to burn up fuel and create a buffer against the advancing flames when a second fire ignited below them. The crew was overrun and had no time to deploy portable fire shelters.

A Fire Authority investigation concluded that the crew shouldn't have been in the area because of dangerous conditions.

A blood drive was held in Santa Ana to help many, including two Orange County firefighters injured in the Silverado Fire.

The Silverado Fire erupted the morning of Oct. 26 in the area of Santiago Canyon and Silverado Canyon roads in the Santa Ana Mountains.