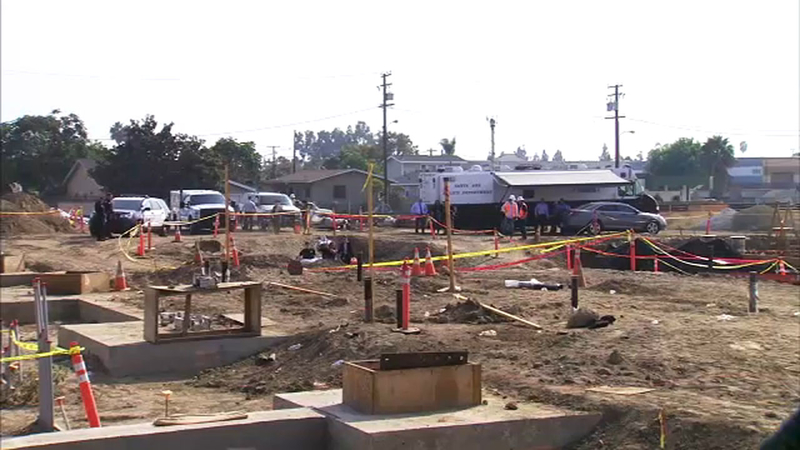 The crews were working on a street-car project in the 2000 block of West 5th Street when they found the remains buried about six feet underground.


The location is slated to become a maintenance yard for an Orange County street trolley project.

An anthropologist works with the project and told the crew the bones appeared to be human. Authorities were called and the county coroner's office confirmed the bones are from a human.

The individual's cause of death, gender and age have not been determined and it's not clear how long the bones were at the location.


In the past the location had at one time been a residential property and later was a scrapyard, Bertagna said. The Orange County Transportation Authority acquired the property as part of the trolley project and construction started about a year ago.

Bertagna said the investigators have a long road ahead of them, which includes a further search of the area to see if there are additional remains and an attempt to figure out how and when the person died.

"When in history did this occur?" Bertagna said. "Was somebody just buried here? Was there a homicide and somebody was buried? Was it when it was residential? Was it when it was a scrapyard? Those are all questions the homicide detectives somehow have to try to figure out."
Report a correction or typo
Related topics:
santa anaorange countyhuman remains foundinvestigation
Copyright © 2021 KABC-TV. All Rights Reserved.
More Videos
From CNN Newsource affiliates
TOP STORIES