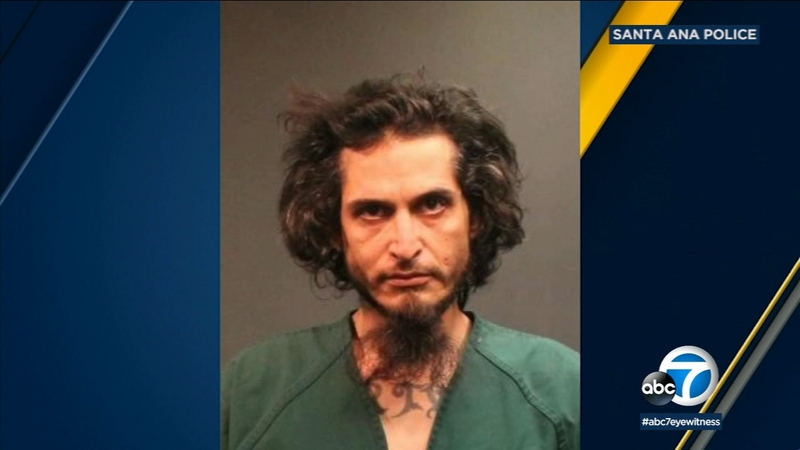 SANTA ANA, Calif. (KABC) -- A man is in custody after being accused of threatening coaches at a park in Santa Ana.

Authorities say those threats led them to a scary discovery there at the park.

Santa Ana police say they found materials that included 550 to 650 rounds of ammunition, a loaded gun and a vest with loaded magazines in every pocket.

The items were found in a storage room at Thornton Park, police say.

"We could've had an active shooter scenario on a softball field," said Santa Ana police Cpl. Anthony Bertagna. "There's a lot of different things he could've done with that much ammo and with the equipment he had."

The incident began when police were called to the park Monday night on a report that a man, identified as 37-year-old Ruben Perez, threatened to kill a girls youth softball coach.

Police say Perez had broken into the league's storage room and was living there, refusing to leave.

"He became aggressive towards them, called them snitches and that he was going to get his gun," Bertagna said.

The coaches cleared the field and called police.

Officers arrested Perez after a short struggle. They say he is an ex-felon with a long criminal history.

Police believe Perez stole the gun and all the ammunition.

They credit the coaches for their quick work - knowing this could have gone much worse.