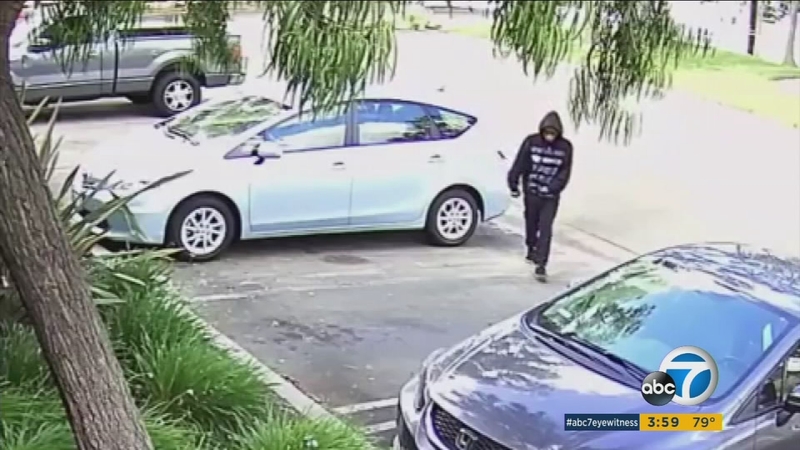 Derek Worden, the owner of South Coast Safe Access, was shot and nearly killed in his shop on Nov. 2, 2015.

Worden stated he had just got into his car to leave when someone shot at him six times.

Two bullets struck Worden, one grazing his shoulder and one which remains lodged in his abdomen. The father of five, Worden spent 17 days in the intensive care unit.

Now he's back at work and wants to find the person who tried to kill him.

Santa Ana police released new video of the suspect moments before the shooting.

An anonymous donor also offered a $100,000 reward for information leading to the arrest and prosecution of the suspect.

Worden said he's more cautious now and has increased security at his shop.

Worden said he doesn't know the man who targeted him, but wanted to send a message to him.