Eight artists are currently contributing their ideas and two new murals are in the works.
KABC
By Jessica De Nova 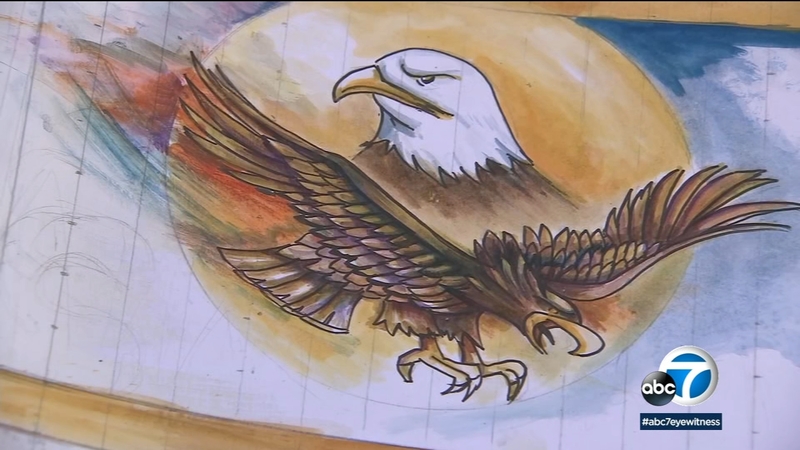 SANTA ANA, Calif. (KABC) -- The city of Santa Ana is using a unique approach to combat graffiti with the help of local and international artists.

Rather than spending up to $3 million a year painting over graffiti, the city says it wants to fund local arts and youth programs and allow artists and muralists to use their talent on walls that are often targets of graffiti.

Programs like the Graffiti Arts Program, also known as GAP, promote artistic skill development and property restoration, and the city hopes to invest in programs like GAP for a long-lasting impact.

"Where we invest our dollars in curating local art and the artists themselves being the residents that live in that community, whether it be children teenagers, college students or parents," said Santa Ana City Councilmember Johnathan Ryan Hernandez, who represents Ward 5.

With the help of grassroots efforts, two new murals are coming to the Santa Anita area, which includes Ward 1 and Ward 5. One of the murals will be on the side of the Lucky Center Market on West 5th Street and eight artists are currently contributing their ideas.

"We're trying to reflect on what the community was and how positive we can make those images for the community again with this mural," said local artist and researcher Briyana Negrette.

A local muralist known as La Artista Marina Aguilera is using her own childhood experiences as inspiration. She remembers being a young girl watching a pet shop burn in Santa Anita, which inspired a recent drawing.

"These green parrots that were pets in the pet shop were escaping and for one surreal moment ... I'll never forget that," she said.

Work on the second mural, which will be located on 1st Street and Gunther Place, is set to begin this summer.