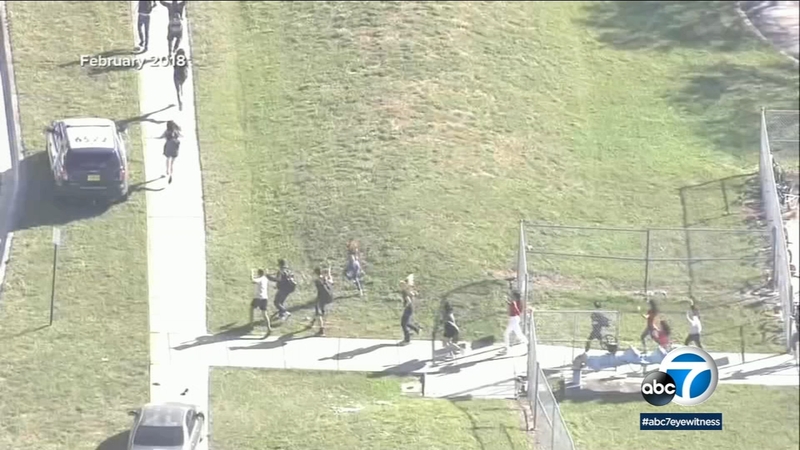 SANTA ANA, Calif. (KABC) -- A Santa Ana man was arrested and charged on suspicion of sending threatening messages to survivors of the 2017 Parkland mass shooting on social media.

Brandon Fleury faces charges of threats in interstate communications and cyberstalking, according to an affidavit.

Fleury is accused of sending threatening messages and Instagram posts to the mass shooting survivors between Dec. 22, 2018 and Jan. 11.

"These messages all (tagged) Instagram accounts used by relatives and friends of students who were killed in the mass shooting at Marjory Stoneman Douglas High School in Parkland, Florida," the complaint stated.

One post threatened to kidnap those who received the messages, while others harassed them by "repeatedly taunting the relatives and friends of the victims, cheering the deaths of their loves ones, and among other things, asking them to cry," according to the affidavit.

It also stated that Fleury used several different Instagram accounts with variations of the name Nikolas Cruz, the suspected Parkland gunman. Fleury is suspected of accessing those accounts with his computer at a home he shared with his father and brother in Santa Ana.

In a post-Miranda statement, Fleury admitted to creating some of the accounts and posting messages in an attempt to "troll" the victims and gain popularity. He also admitted to targeting family members who were activists and had a large social media presence, according to documents.

Some of those messages said "I killed your loved ones, hahaha" and "With the power of my AR-15, I erased their existence" followed by various emojis.

Fleury was arrested Friday and appeared in court in Santa Ana on Tuesday.