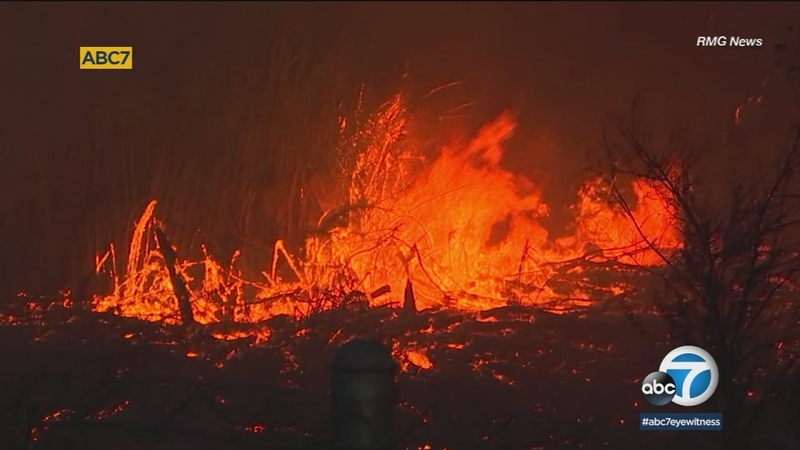 Dubbed the Rye Fire, the blaze began about 9:30 a.m. Tuesday near the 2500 block of Rye Canyon Loop. Less than two hours later, it had spread to 5,000 acres, according to the Los Angeles County Fire Department.

About 775 firefighters responded to the burn area, which was initially north of Newhall Ranch Road and west of the 5 Freeway. The interstate was temporarily closed in the burn area; traffic resumed in both directions by 2 p.m.