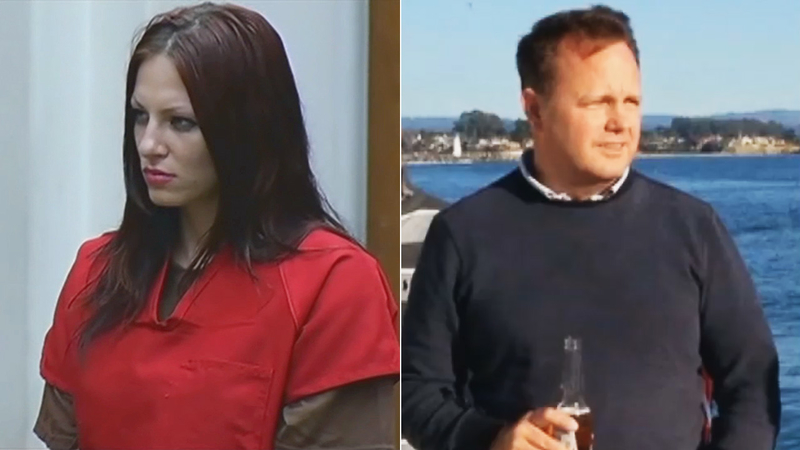 SANTA CRUZ, Calif. (KABC) -- A high-priced prostitute is accused of injecting a Silicon Valley executive with a lethal dose of heroin and then leaving him to die on his luxury yacht.

Alix Tichelman, 26, has been charged with manslaughter in the death of 51-year-old Forrest Hayes, the former senior director of Apple's worldwide operations. He was most recently an executive at Google. Tichelman is also charged with administering heroin and possessing heroin.

Police say that in the video, Hayes was injected with heroin supplied and administered by Tichelman. According to investigators, Tichelman never tried to help him or call 911.

Tichelman's fingerprints were discovered on the wine glass. On July 4, police posed as a potential client and lured her to a hotel, where she was arrested.

"She was incredibly callous and non-caring about the state of the victim in this particular case, and we feel that warrants the second-degree murder," said Clark.

Tichelman did not enter a plea during her court appearance on Wednesday and was appointed a public defender.

Police say Tichelman is also being investigated for a similar death in another state.

Hayes was working on "Google X" at the time of his death.