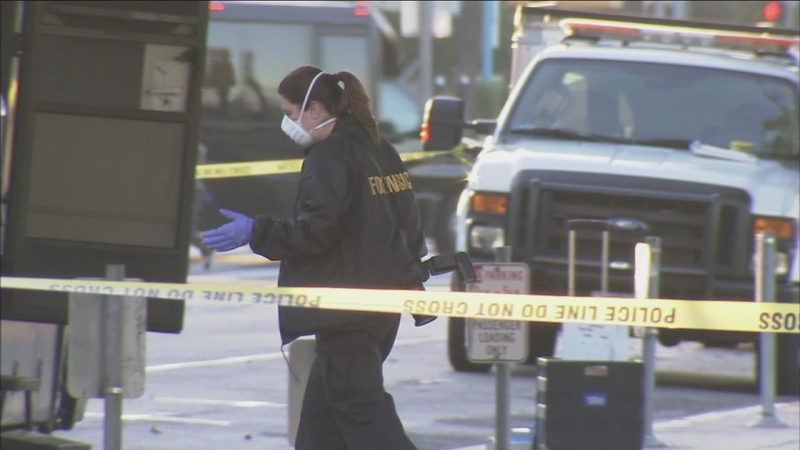 Santa Monica police said suspects from one party bus started shooting at victims in another party bus at about 1 a.m. near Ocean and Colorado avenues.

Police said the three victims on the bus were treated and transported to a local hospital. A fourth victim suffered minor injuries.

One of the transported victims later died from her injuries, police said.

"We just hear a barrage of gunshots and then it was just pandemonium after that. Everyone just started darting in each way," he said.

Immediately after the shooting, police said, about two to three suspects ran westbound in nearby Palisades Park and jumped over a railing toward Pacific Coast Highway. Descriptions of the suspects were not immediately released.

Investigators recovered four weapons -- two on the suspect bus and two others in bushes near PCH. No suspects were in custody as of Saturday morning.