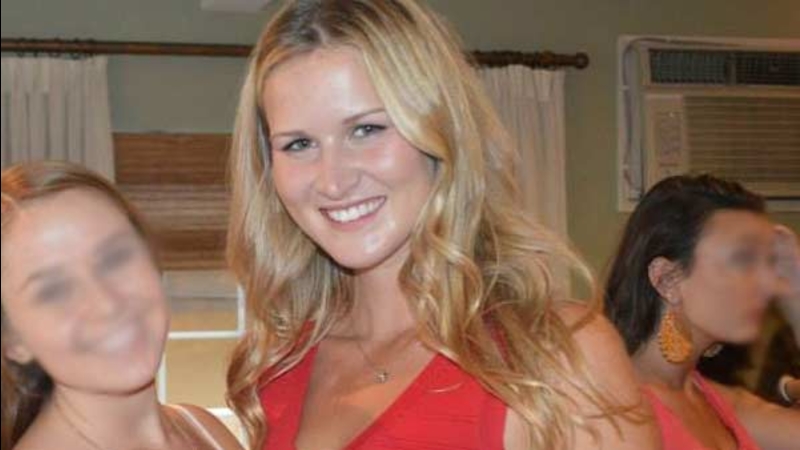 The school earlier reported that Sara Stelzer, a recent graduate of Moorpark High School, died Friday. Stelzer began feeling ill on Sunday. She was admitted to the hospital Tuesday morning after reporting a flu-like illness.

A university spokesman said the teen's parents had approved releasing the death statement, but he learned she remains on life support because of the possibility that her organs may be donated.

The San Diego County Health and Human Services Agency said the previously healthy woman, who lived on campus, may have exposed others to the bacteria between Oct. 5 and Oct. 14.

Dr. Gregg Lichtenstein, director of student health services at the university, told students, faculty and staff in an email that several people have been treated and he recommended antibiotics as a preventive measure for anyone who was in contact with Stelzer.

The university has alerted students to common symptoms, such as fever, intense headaches, lethargy and stiff necks. The bacteria can be spread through sharing drinking glasses, eating utensils, cigarettes or water bottles.

Those most at risk include members of the Kappa Delta sorority, where the student was a member, Lichtenstein said. Also considered at risk is anyone who attended parties at Alpha Epsilon Pi and Delta Sigma Phi fraternities.

Eyewitness News has also learned that Stelzer was with students at Moorpark High School's homecoming last weekend. According to the school principal, Stelzer was in contact with a small group of students who have since been notified.

"We are extremely saddened by the loss of Sarah. She left a very meaningful mark on Moorpark High School," Moorpark Unified School District Superintendent Kelli Hays said in a statement. "We have been working with the Ventura County Public Health Department. People who may have been at risk were immediately identified and were seen by a physician to start antibiotics as a precautionary measure."

"She was always like really funny and always tried to make everyone laugh. That was really nice," said friend Miranda Lipson.

Grief counselors are on hand at San Diego State University as well as Moorpark High. San Diego County has reported six cases of meningitis this year, including one that resulted in the death of a high school student in February. The county has had an average of 10 cases a year over the past five years.