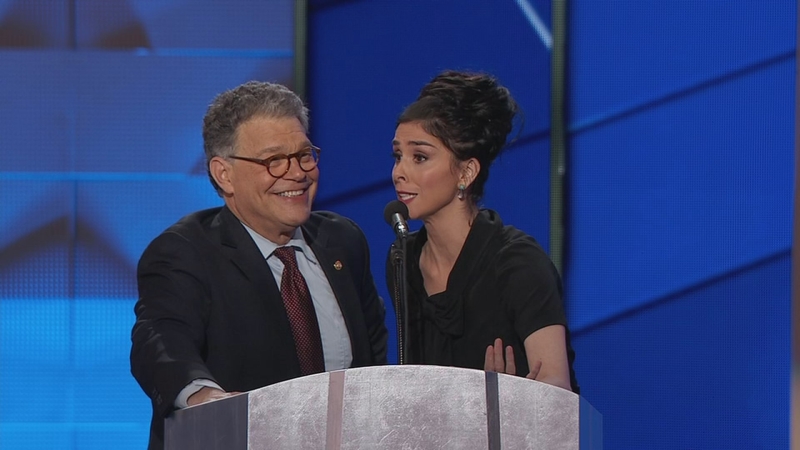 When comedian Sarah Silverman and Sen. Al Franken, D-Minn., took the stage together Monday night at the Democratic National Convention in Philadelphia, the crowd was expecting laughs, but probably not the punchline Silverman ended up delivering.

Silverman, a Bernie Sanders supporter, opened with a joke about the campaign slogan "Feel the Bern," saying "I'm Sarah Silverman and this past year I've been feeling the Bern," she says. "Relax, I put some cream on it."

But the mood shifted as Silverman told the crowd that as part of Sanders' movement, she will be voting for Hillary Clinton in November. While some of the crowd began chanting "Hillary," others began chanting "Bernie."

Franken and Silverman tried to transition the chants to "Hillary" and "Unity" without success.

"To the 'Bernie or Bust' people; you're being ridiculous," the comedian told the Sanders supporters.

** Click on the video player above to watch the full clip **