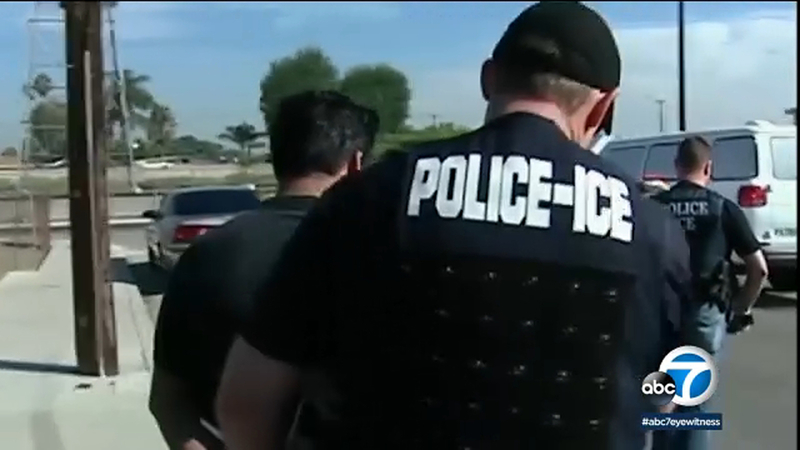 ORANGE COUNTY, Calif. (KABC) -- The head of the Orange County Sheriff's Department is claiming that the increased crime in his community is a result of Senate Bill 54, which was signed into California law in 2017, and restricts state and local law enforcement agencies from contacting Immigration and Customs Enforcement for anything less than serious crimes.

"What it really accomplished was returning criminals to the communities in which they often times preyed upon. It did nothing else," Sheriff Don Barnes said.

Data from the sheriff's department shows that in 2019, more than 1,500 inmates were released from the Orange County Jail with so-called ICE detainers. These written requests require local and state jails to keep undocumented immigrants for an additional 48 hours before they are released into the community and to notify ICE, which can then determine whether or not to take those individuals into federal custody for removal from the country.

The data shows that about 500 of those individuals were released to ICE. All the rest were released back into the community without notifying ICE, of which 238 were arrested once again for new crimes in Orange County, a 38% increase from the year before.

Barnes says the new offenses include child molestation, rape, robbery and drug trafficking. He claims the new arrests "would have been prevented, arguably, if I was allowed to turn them over to the custody of ICE."

Immigration rights activist Juan Jose Gutierrez strongly disagrees with Sheriff Barnes' claim, arguing that there is no way to directly connect the increase in crime to SB54, also known as the "sanctuary state" law.

"Sheriff Barnes is exaggerating the problem because he has a problem with SB54," said Gutierrez, who is the director of One Stop Immigration Center.

Gutierrez admits that the law is not perfect, but says it's too early to determine if it needs to be changed.

"Don't make it sound like the reason why we have a crime problem is because we have undocumented immigrants that are being released into the community as a direct result of us having SB54," he added.

The National Day Laborer Organizing Network released the following statement: "Sheriff Barnes is free to publish this kind of fear-mongering stuff if he wants to show fealty to President Trump, but he should be reminded of his obligation to comply with the law."