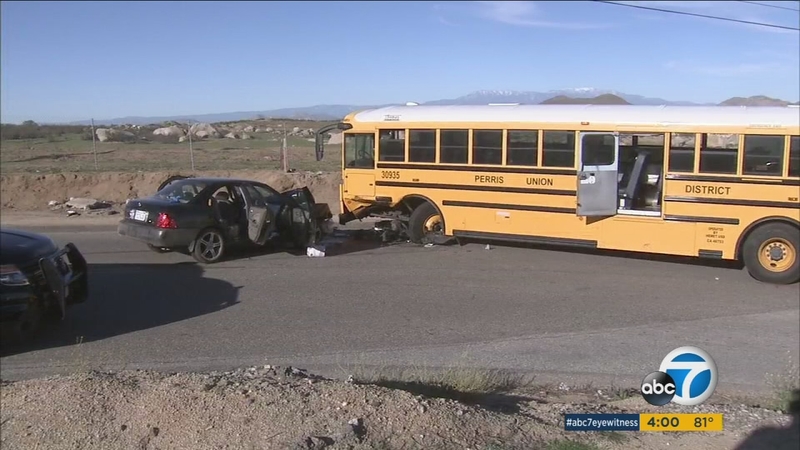 MENIFEE, Calif. (KABC) -- A crash involving a school bus has left 22 people injured in Menifee on Wednesday, according to the Riverside County Fire Department.

Officials said the crash involving a school bus and car happened at Holland and Evans roads at about 1:55 p.m.

The school bus with 20 students on board and a driver was from the Perris Union High School District, according to officials.

Officials stated three people in the car suffered injuries and were taken to the hospital by ambulance. A passenger who was also in the car ran from the scene and has not been located, according to authorities.

One student from the school bus was also taken to the hospital with non-life threatening injuries.