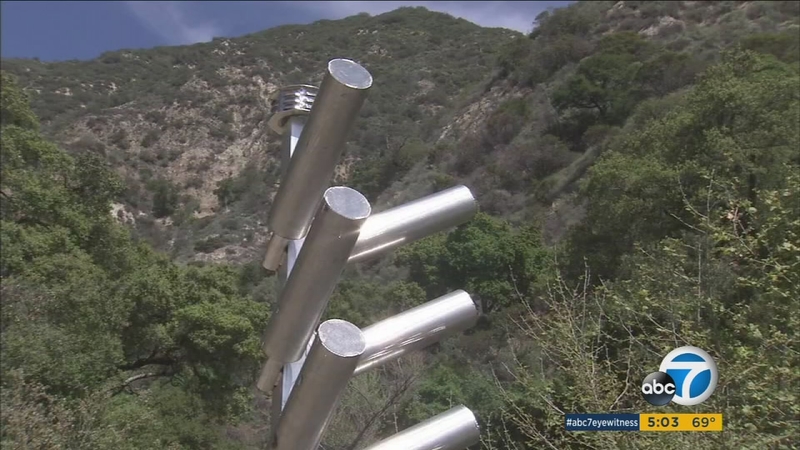 Bill Saunders calls himself the storm boss. Saunders, who works for the Los Angeles County Department of Public Works, oversees the "A-Hogs," which are automated high output generators - or rain makers.

"This is what they call a cloud-seeding generator. It's the latest technology for us to try to squeeze 10 or 15 percent more rain out of existing storms," Saunders said.

Saunders said the county has been cloud seeding since the 1950s. However, he says the program had been mothballed for the last five years due to multiple fires leaving swaths of burn areas.

He says with the danger of mudslides and flooding from storms, they could not risk seeding clouds. Now, it's a different story.

"It's been about five years since the Station Fire, and this is the new opportunity to cloud seed," Saunders said.

According to Saunders, the recently installed cloud-seeding devices come with new technology to help ensure even better results. He said each canister on the device heats up and sends a cloud of smoke into the sky. The smoke is filled with microscopic crystals that go into the clouds.

"We use silver iodide molecules that go up into the air and become small molecular crystals up in the clouds and moisture clings to it and comes down as rainfall," he explained.

The L.A. County Department of Public Works says there are 10 of these rain-making contraptions throughout Los Angeles County.

Saunders said compared to the expense of transporting water in from other areas, the cloud-seeding program is cost effective.

He says the program has the potential of bringing in well over a billion gallons of extra rain water per year.