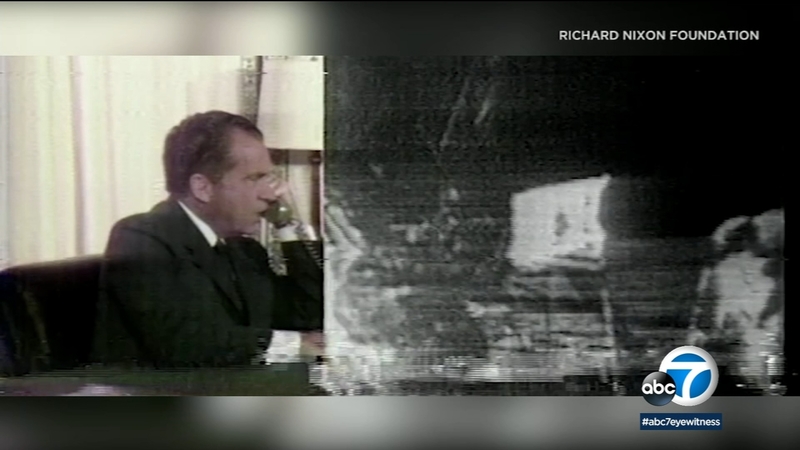 The congratulatory call came shortly after they became the first humans to set foot on the moon on July 20, 1969.

On that historic night 50 years ago, Dwight Chapin was 28 years, working as the deputy assistant to the president.

"The White House was very excited, I mean this was a big deal, and the whole world was tuned into it," he recalled.

Chapin stood in the Oval Office, shooting home videos with his Super 8 camera.

He said the president was locked into the TV, along with more than 500 million others worldwide -- waiting to make the call -- then the room went silent.

"I just can't tell you how proud we all are of what you have done," Nixon is heard saying on video.

"Thank you, Mr. President, it's a great honor and privilege for us to be here," the astronauts responded.

To celebrate the anniversary, the Nixon Library is hosting a special Apollo 11 exhibit, including your chance to take a photo with the airstream mobile quarantine facility.

You can also see a replica capsule and learn the science behind the moon landing.

Chapin hopes people always remember what a unifying moment this was for our country.

"All Americans that were watching knew that they were witnessing something very, very special and that this was a once-in-a-lifetime event, because that's what it was," Chapin said.