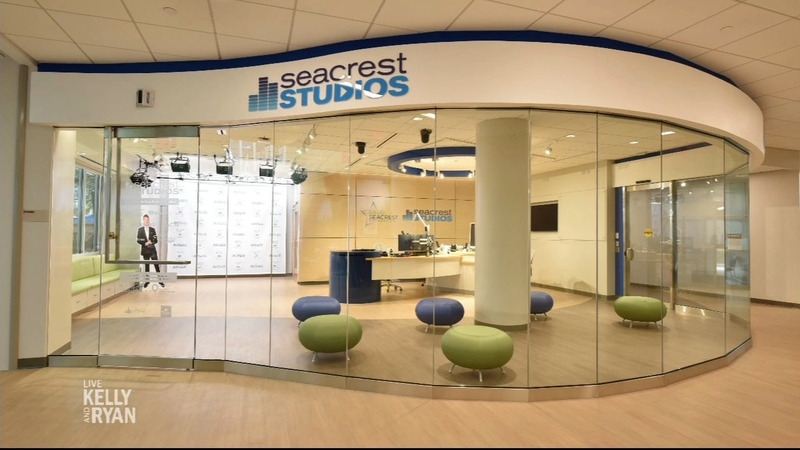 GLEN OAKS, Queens -- The Ryan Seacrest Foundation announced Wednesday that Cohen Children's Medical Center in New York is the recipient of its newest Seacrest Studio, a state-of-the-art studio for pediatric patients to explore the creative realms of radio, television and new media.

Cohen's Children's Medical Center, in Glen Oaks, Queens, will be home to the foundation's 12th studio nationwide, and the only one in New York.

The studio, opening in 2022, will be located prominently in the atrium of Cohen Children's Medical Center.

Seacrest Studios are charitable endeavors of the Ryan Seacrest Foundation, founded by radio and television host and producer Ryan Seacrest along with his family.

A decade ago, "Live with Kelly and Ryan" co-host Ryan Seacrest came up with a way to give back that is truly unique, and this week, he saw the opening of the 11th "Seacrest Studio.

The foundation aims to contribute positively to the healing process for children and their families during their stay, as well as uplift spirits of the clinical and administrative staff at Cohen Children's.

"The last two years have been unlike any other, and I'm incredibly proud of the Ryan Seacrest Foundation for continuing to provide a creative outlet for patients and families during this difficult time," Seacrest said. "I'm thrilled to announce our next location at New York's Cohen Children's Medical Center, which is near to my heart, in the city that I now call home. We've been fortunate to continue to grow and do the work we love, putting smiles on the faces of children and their families across the country and I can't wait to cut the ribbon on this one in 2022."

Seacrest made the announcement Wednesday morning on "LIVE with Kelly and Ryan," the syndicated morning television talk show he co-hosts with Kelly Ripa.

Seacrest Studios will be used to provide a variety of programming to patients, whether they are physically in the studio or watching through a closed-circuit network from their in-room television screen.

Patients will have the opportunity to host their own radio and television shows, watch live musical performances, play games, and even interview celebrity guests that visit.

The studio will be encased in glass, allowing patients and visitors to view the daily programming happening inside.

"One of the primary goals for us at Cohen Children's Medical Center is to continually improve and enhance the in-hospital experience, both for our patients and their families," said Dr. Charles Schleien, senior vice president and executive director of Cohen Children's Medical Center. "We are so grateful to the Ryan Seacrest Foundation for helping us provide an exciting new creative outlet at our hospital. The studio will be a great addition to our Child Life programs, all of which are designed to give our young patients the opportunity to play and relieve the stress of being in the hospital setting."

As the largest provider of pediatric health care services in the state, Cohen Children's has been ranked among the nation's top children's hospitals by US News for 15 consecutive years.