A New Jersey police officer died shortly after jumping into a river with his equipment and gear on to save a suspect who had fallen in the water.
WABC 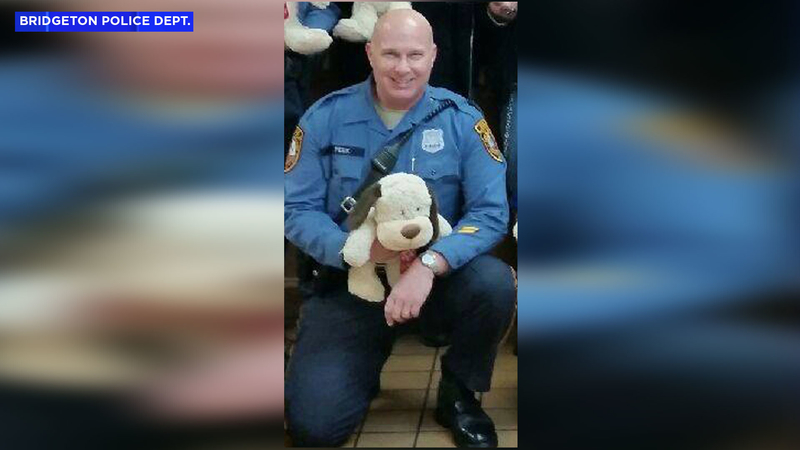 BRIDGETON, New Jersey -- A New Jersey police officer died hours after he jumped into a river while trying to save a suspect Sunday.

Bridgeton Police Chief Michael A. Gaimari Sr. said an official cause of death for 49-year-old Sean Peek is pending an autopsy.

"We are naturally devastated here at the department, Sean was a fine officer and a friend to all and always acted in an exemplary fashion when representing the department and the City of Bridgeton," Gaimari said. "He will be sorely missed and our hearts collectively go out to Megan and their eight-year-old daughter Kate."

Gaimari said Peek and other officers were dispatched to a Bridgeton Fire Department EMT satellite station on Mayor Aitken Drive around 1:30 a.m. after it was reported someone threw something at an ambulance.

Peek saw a person running in a nearby wooded area along the Cohansey River and then witnessed them either fall or jump into the water.

"The woman eventually made it across the river but Officer Peek had difficulty making it back to shore as he was still donning all of his equipment and gear," Gaimari said.
Both were taken to the hospital.

The woman was released from the hospital and then taken to jail on burglary charges.

Other responding officers helped Peek out of the water.

He was treated at the scene and taken to Inspira Hospital in Bridgeton to be examined.

Peek was treated and released from the hospital and relieved of duty until he was cleared to return to work.

He was later found unresponsive by family members at his home.