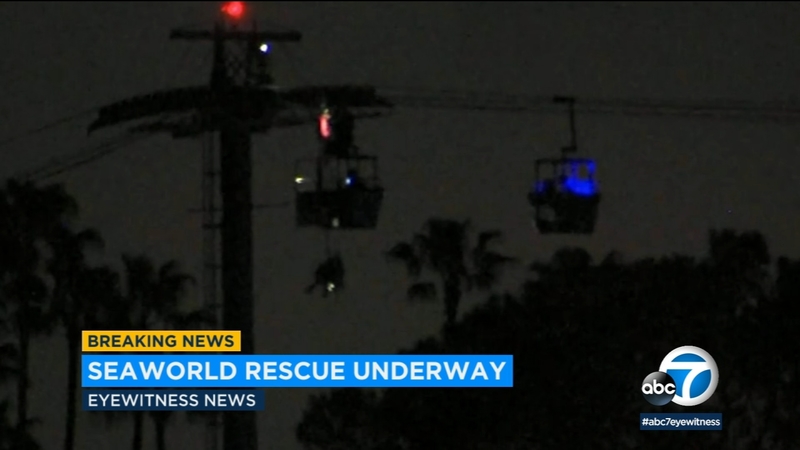 SAN DIEGO, Calif. -- About 16 people were trapped on a ride at SeaWorld in San Diego Monday night and it took hours to bring all of them to safety.

Authorities estimated that 16 people were trapped, some of them in gondolas suspended above water.

Right around 11 p.m., San Diego fire officials tweeted that everyone was rescued.

The National Weather Service says it was about 49 degrees in San Diego at the time.