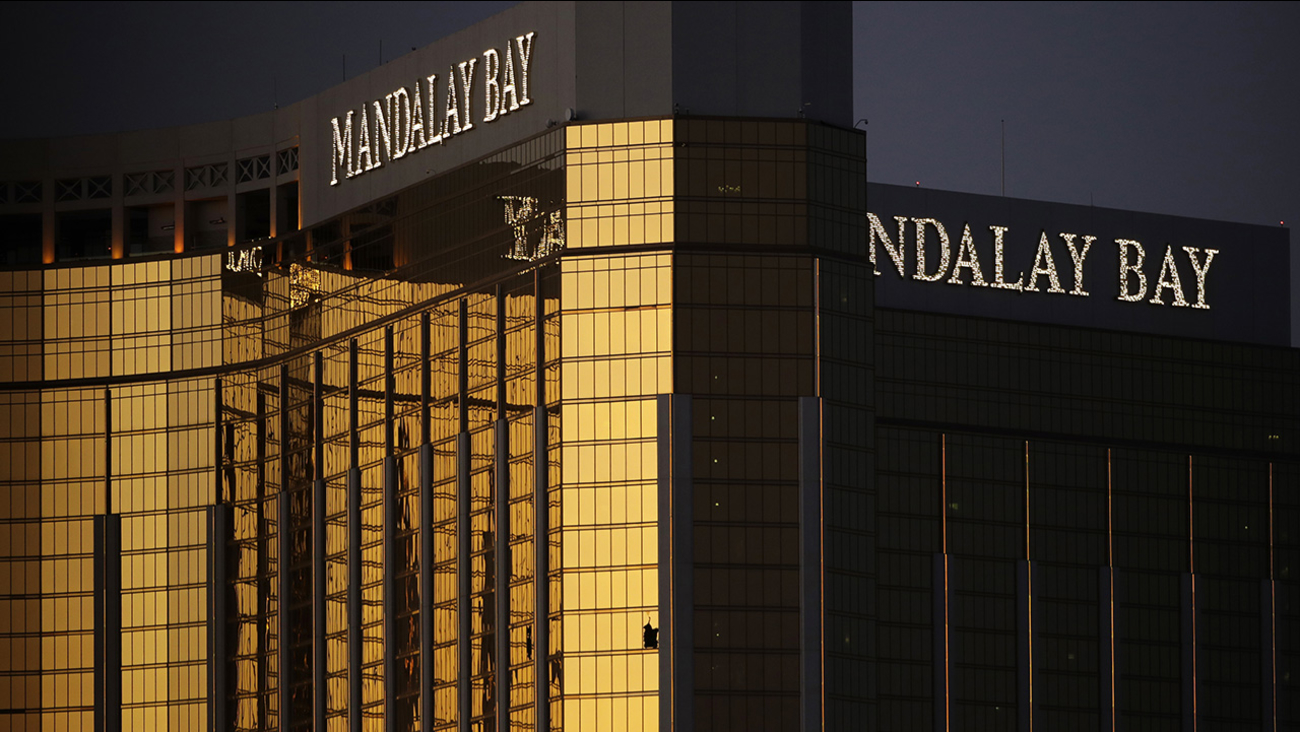 Broken windows at the Mandalay Bay resort and casino following a mass shooting from the 32nd floor of the hotel. (John Locher/AP Photo)

Jesus Campos is being recognized as a hero for finding and approaching the room of Stephen Paddock during the Las Vegas mass shooting on Sunday night.

Campos, who was working as a security guard, was unarmed as he approached Paddock's room on the 32nd floor of the Mandalay Bay, according to The Daily Beast. Paddock, who had rigged cameras in the hallway and in his room, saw Campos coming and shot at him through the door, hitting him in the leg.

After he was shot, Campos radioed his location to the casino dispatch, who shared the information with law enforcement.

"We received information via their dispatch center...that helped us locate where this individual was sequestered," said Clark County Sheriff Joseph Lombardo. "We would not have engaged this individual in the time lapse we did without their assistance."

Las Vegas SWAT was able to gain entry into Paddock's suite about an hour after the first shots were fired. Paddock was found dead inside the room from a self-inflicted gunshot wound.

Campos is still recovering from his gunshot wound in the hospital. The bullet remains in his right leg, and he will have it removed by surgery on a later date, according to Dave Hickey, president of the International Union, Security, Police and Fire Professionals of America, Campos' security guard union.