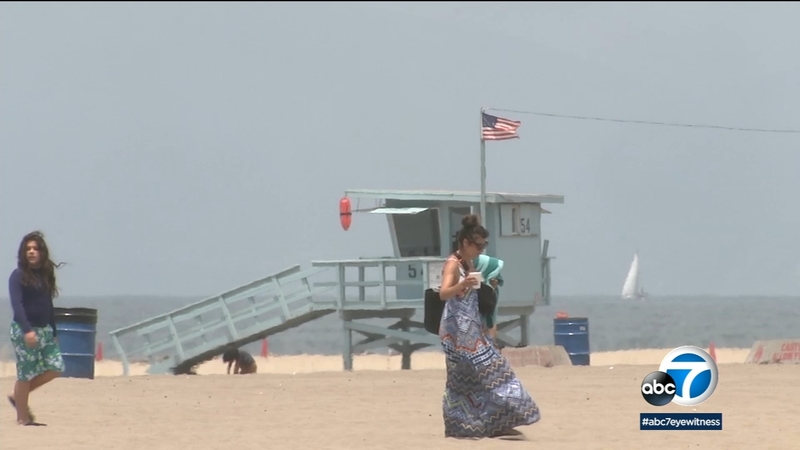 "It's sad, especially you would think in the middle of the big city like this, that something like that wouldn't be possible," said beachgoer Armin Mumper, who is concerned about marine life in the area.

Beaches from El Segundo to the southern end of Playa del Rey is closed to swimmers due to the massive spill. Officials with the Hyperion Water Reclamation Plant say the leak came after an overnight systems failure forced workers to discharge the untreated sewage into the Santa Monica Bay.

"I'm surprised they don't have some kind of a secondary containment system that would take care of something like this," Mumper added.

Health officials say an initial test indicates non-hazardous levels of bacteria in the water, but they say a second test is required within a 24-hour period before beaches can safely reopen.

Los Angeles County Health Officer Dr. Muntu Davis said the department would issue a news release and remove closure signs if and when such a second test confirms the first promising set of results.

County Supervisor Janice Hahn said it should have taken 15 minutes, not hours, for the county Department of Public Health to alert the public to the spill.

Hahn called for a plan to ensure a faster future response to any dangerous discharges.

"Not only did the Hyperion Plant release seventeen million gallons of sewage into our ocean -- the public had little to no information about it for hours," Hahn said in a statement. "We need answers from LA City Sanitation about what went wrong and led to this massive spill, but we also need to recognize that LA County Public Health did not effectively communicate with the public and could have put swimmers in danger."

Hahn called for a report back in seven days on the cause and extent of the impact of the spill, in addition to an updated response plan for future spills.

The L.A. County Department of Public Health advised people to avoid contact with the ocean in the following areas:

Along with lifeguards warning people to stay clear of the water, health officials posted signage notifying people of the beach closures.