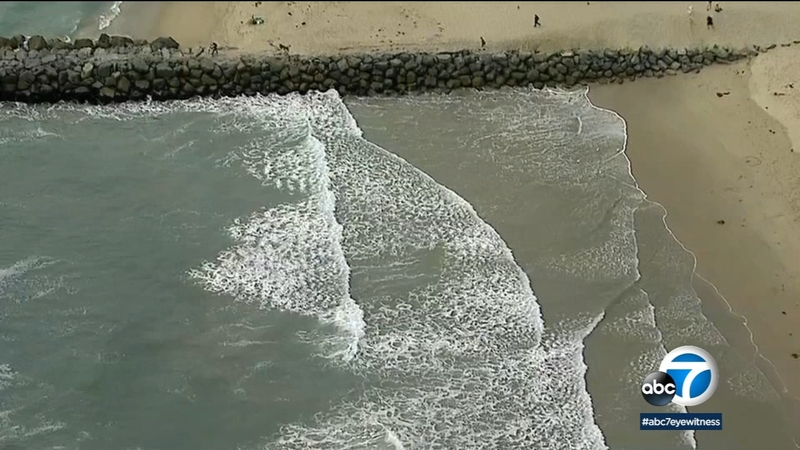 EL SEGUNDO, Calif. (CNS) -- Beaches from El Segundo to the southern end of Playa del Rey were closed to swimmers Monday due to a 17-million-gallon sewage spill.

The leak came after an overnight systems failure overwhelmed the Hyperion Water Reclamation Plant, forcing workers to discharge the untreated sewage into the Santa Monica Bay.

The Los Angeles County Department of Public Health advised people to avoid contact with the ocean in the following areas:

The Department of Public Health posted signage notifying people of the beach closures, and officials were conducting tests on the water. It was unclear how long the closure would last, but the test results are expected within 24 hours.

Hyperion Executive Plant Manager Timeyin Dafeta issued a statement Monday afternoon saying that on Sunday afternoon, the plant "became inundated with overwhelming quantities of debris, causing backup of the headworks facilities. The plant's relief system was triggered and sewage flows were controlled through use of the plant's one-mile outfall and discharge of untreated sewage into Santa Monica Bay."

Dafeta said the 17 million gallons of sewage -- about 6% of a daily load -- were discharged as an emergency measure through the one-mile outfall to prevent the plant from going offline and discharging more raw sewage. Normally, treated sewage is discharged through the five-mile outfall.

"Thanks to these efforts, and significant equipment improvements that have been made in recent years in partnership with several environmental groups, the amount of flow into the ocean was mitigated and the plant remained online," Dafeta said.

"These improvements included the reconfiguring of in-plant storm basins to pump sewage back into the plant in cases of emergency; screens were installed on all catch basins to prevent untreated debris from entering the storm drains and out to the ocean; and a Headworks Bypass had been installed to prevent raw sewage overflowing out of the Headworks building and into the street."

Dafeta said LA Sanitation & Environment is following protocols for notifying regulatory agencies and the California Governor's Office of Emergency Services about the spill.