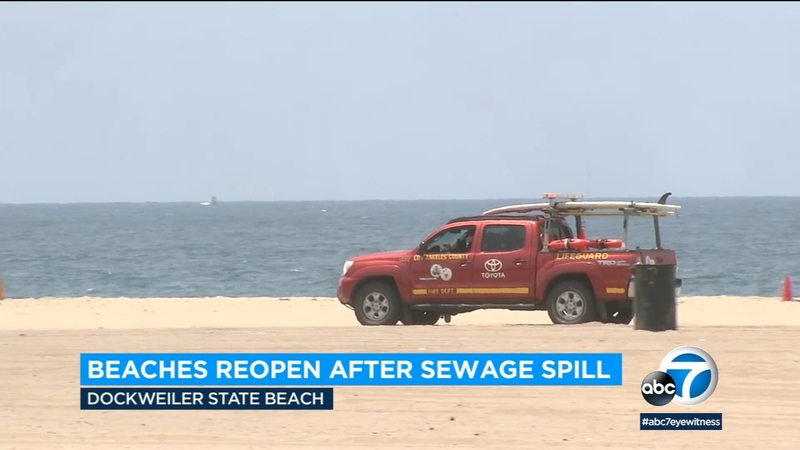 EL SEGUNDO, Calif. (CNS) -- Beaches from El Segundo to the southern end of Playa del Rey were reopened to swimmers Wednesday evening after being closed for three days due to a 17-million-gallon sewage spill, the Los Angeles County Department of Public Health announced.

In an abundance of caution, the Department of Public Health will continue to sample affected beaches through Thursday.

The beaches that have been reopened are:

The Hyperion Water Reclamation Plant discharged 17 million gallons of untreated sewage through its one and five-mile outlets Sunday, prompting the beach closures.

Hyperion Executive Plant Manager Timeyin Dafeta issued a statement Monday afternoon saying that on Sunday afternoon, the plant "became inundated with overwhelming quantities of debris, causing backup of the headworks facilities. The plant's relief system was triggered and sewage flows were controlled through use of the plant's one-mile outfall and discharge of untreated sewage into Santa Monica Bay.''

Dafeta said the 17 million gallons of sewage -- about 6% of a daily load -- was discharged as an emergency measure through the one-mile outfall to prevent the plant from going offline and discharging more raw sewage. Normally, treated sewage is discharged through the five-mile outfall.