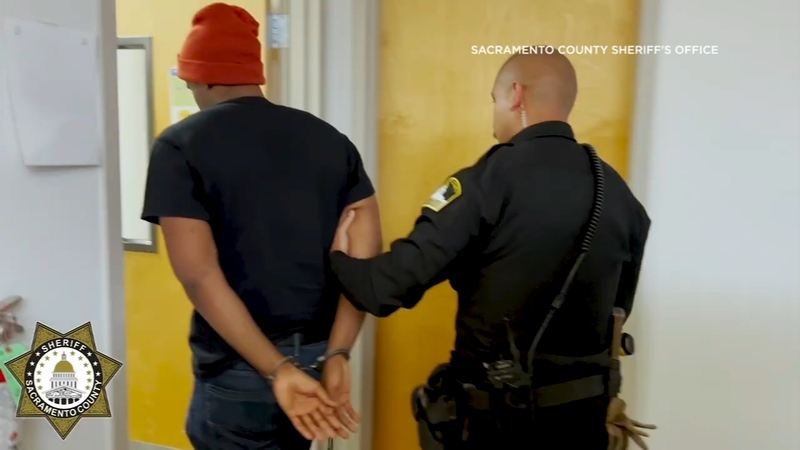 SACRAMENTO, CALIF. -- New details were released Tuesday about a disturbing case in which authorities said more than 80 children fell victim to an online sexual predator in Sacramento.

Most of the victims were between the ages of 6 and 13, from across the nation, including the Bay Area cities of Vallejo and Oakley, according to the Sacramento County Sheriff's Office.

The agency said the Internet Crimes Against Children Task Force received a cyber tip from the National Center for Missing and Exploited Children "pertaining to an online account suspected of uploading child sexual abuse material onto the internet."

On Dec. 1, the task force served a search warrant at the Sacramento County home of 24-year-old Demetrius Carl Davis.

The Sheriff's Office said Davis posed as a young girl named "Lizzy" online, allegedly sent child pornography videos to kids, and convinced them to take part in sexual acts with other children, in some cases their siblings.

According to Grassmann, investigators used forensic analysis and discovered "numerous" files of child pornography stored on Davis' cellphone and multiple accounts with which he was communicating.

"If there is a way they could have had internet contact with people who you are not familiar with, if you believe your child may have engaged in illicit communications or sent illicit content over the internet to a subject named 'Lizzy,' please contact the Sacramento Sheriff's Office," Grassmann said.

Investigators believe Davis may have communicated with as many as 100 children between 2020 and December 2021.