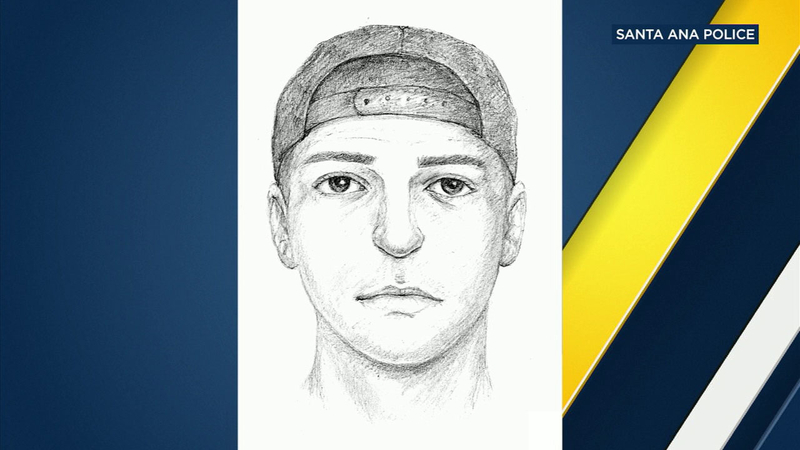 SANTA ANA, Calif. (KABC) -- Santa Ana police are looking for a sexual predator who broke into a teenage girl's bedroom and exposed himself.

They said the suspect entered an apartment in the 2300 block of West Edinger Avenue around 1:30 a.m. Tuesday. He found an unlocked patio door, got inside the home and walked into a 15-year-old girl's bedroom.

The girl told Eyewitness News on Wednesday that she doesn't know the man and had never seen him before in her neighborhood until he was about 2 feet away from her bed.

"When he sees me look at him, he ran outside the door and he waited for a couple of minutes to see if I was still awake or went back to sleep," she said.

The girl said at first she thought it was a dream, but then the man opened her bedroom door again.

"That's when he told me if I wanted to see it and that's when he showed me his private area and I just got scared. I screamed for my dad two times," she said.

The suspect told the girl to be quiet but she screamed again and he fled. He was caught on camera holding up his pants that he didn't have time to zip up as he ran from the home.

The girl is scared the man might come back or do it to someone else.

"I just hope the cops, the police catch this man and put him behind bars because I don't want to go through this again. I don't want to be scared my whole life," the girl said.

The suspect is described as a man between 20 and 25 years old, 5 feet 6 inches to 5 feet 8 inches tall, with a thin build. He is clean shaven, has a medium complexion and was last seen wearing a red baseball cap and red shirt.

"We want people to make sure that they secure their doors, lock their windows. We know it's hot, but for the time being we need the public's help getting him identified and we need the public to take extra measures in securing their residence," Cpl. Anthony Bertagna said.