Zachary Levi is out to save the world in new DC Comics movie 'Shazam!' 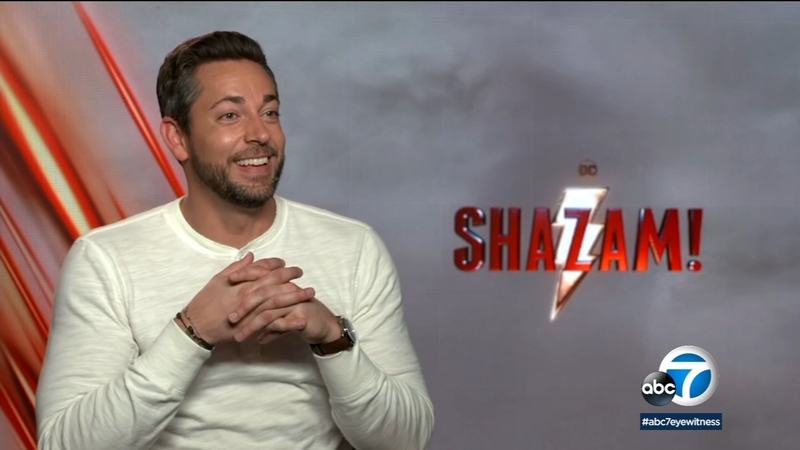 Zachary Levi's 'Shazam!' is full of heart and humor

HOLLYWOOD (KABC) -- Zachary Levi plays the title role in "Shazam!" The film is about a streetwise teenage foster kid named Billy Batson who turns into an adult superhero when he shouts one magic word: Shazam! Even though he's joining the DC Comics world, Levi is not feeling the pressure.

"Most people are going to learn about this character for the first time," said Levi. "So there's a little less pressure in some ways and getting to create something new for people is awesome. I think Billy Batson/Shazam is actually, in some ways, probably the most iconic hero archetype because it's the kid who gets the magic word to become the super version of themselves. Like, every kid from every country of every age can kind of understand that magical concept."

Levi says Shazam loves being a superhero, even as he's just learning the ropes.

"The purity of his heart will shine through, though, the entire bit of it and ultimately lands him right where he needs to be which is, you know, saving the world," said Levi. "This is the first feature length film that's been based on this character in this world. And there's definitely responsibility that comes with that. And I want to honor that. But it doesn't make me nervous because I think what we made was something that genuinely does honor the character-- and the heart of the character."