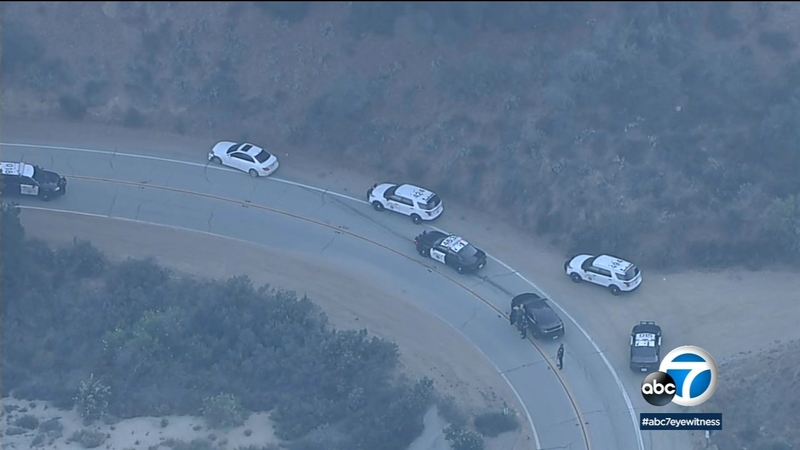 ANGELES NATIONAL FOREST (KABC) -- Authorities launched a manhunt late Wednesday afternoon after witnesses reported seeing a gunshot victim pushed out of a car near the Bouquet Canyon Reservoir in the Angeles National Forest.

Shortly before 5:30 p.m., 911 callers said the victim was pushed out of a white Mercedes-Benz sedan at a turnout along Bouquet Canyon Road before the driver sped away.

The wounded person was transported to a hospital in unknown condition, according to the Los Angeles County Fire Department.

The Mercedes crashed a short distance from the original location. Deputies found that vehicle abandoned off Spunky Canyon Road.

The driver of the Mercedes was seen running into the heavy brush nearby. Deputies and K-9 units began searching for that person, whose whereabout remained unknown as of Thursday morning.

The Agua Dulce firefighter who apparently shot and killed a fellow firefighter, wounded another and then killed himself has been identified.