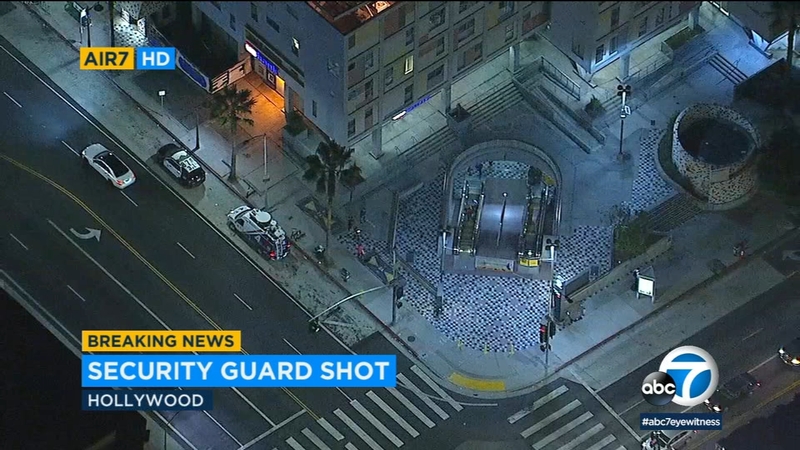 HOLLYWOOD, LOS ANGELES (KABC) -- A man was shot near the Hollywood Metro station at the corner of Western Avenue and Hollywood Boulevard shortly after 9 p.m. Thursday, according to the Los Angeles Police Department.

The victim called 911, identifying himself as a a security guard, police said. He was transported to a local hospital and was expected to be OK.